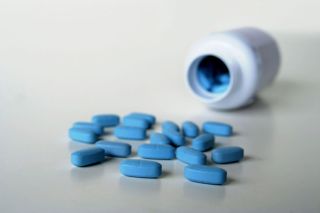 Men who take Viagra could be at an increased risk for long-term hearing loss, a new study suggests.

The results show that, among 11,525 men over age 40, those who took Viagra or other drugs that act in a similar manner, called phosphodiesterase type 5 inhibitors (PDE-5i), were twice as likely to also report hearing loss as were men who had not used the drugs.

The findings suggest that the current government warning regarding hearing loss and the use of PDE-5i medications, which include Viagra, Cialis and Levitra, is warranted, said study researcher Gerald McGwin, a professor of epidemiology in the University of Alabama at Birmingham School of Public Health.

In 2007, the Food and Drug Administration (FDA) announced labeling changes for PDE-5i medications so that the risk of hearing problems was more prominently displayed. This action was taken after several case studies that linked PDE-5i use and sudden hearing loss were reported.

The current work is the first epidemiologic study to evaluate the relationship between PDE-5i drugs and long-term hearing loss. Epidemiology is the study of the distributions of diseases or health problems in populations along with the factors that might affect those problems.

However, the study only shows an association, and not a direct cause-effect link, and more research is needed to back up the findings. The work also has several shortcomings, including the fact that those who took these drugs could have pre-existing conditions that might also contribute to hearing loss. Also, older individuals, whom the study is based on, are already at risk for hearing loss.

"Though there are limitations to this study, it is prudent that patients using these medications be warned about the signs and symptoms of hearing impairment and be encouraged to seek immediate medical attention to potentially forestall permanent damage," McGwin said.

The results are published in the May 18 issue of the journal Archives of Otolaryngology-Head and Neck Surgery.

The relationship was strongest for men reporting use of sildenafil (generic form of Viagra) over those who used tadalafil (Cialis) or vardenafil (Levitra), a finding McGwin attributes in part to a small sample size for both of the latter drugs. McGwin said the findings indicated an elevated but not statistically significant increase in hearing loss for users of tadalafil and vardenafil.

PDE-5i drugs were originally designed to treat pulmonary hypertension and are now used extensively in the treatment of erectile dysfunction (ED). McGwin said it is important to consider whether there really could be a plausible biological mechanisms for how these drugs might cause hearing loss.

"PDE-5i medications work in ED patients by their ability to increase blood flow to certain tissues in the body," McGwin said. "It has been hypothesized that they may have a similar effect on similar tissues in the ear, where an increase of blood flow could potentially cause damage leading to hearing loss."

The FDA originally decided to feature warnings about hearing loss on labels for PDE-5i drugs after 29 cases of the problem were reported between 1996 and 2007. The hearing loss was reported to occur within hours to days of taking the drugs.

The FDA urges those who experience hearing problems while on the drugs to stop taking the medications and call their doctor.