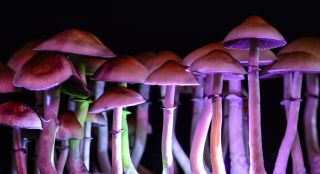 Taking a tiny dose of "magic mushrooms" might boost creativity, according to a preliminary study.

The researchers weren't able to use a control group in the study, which would have allowed them to determine whether the 'shrooms really caused the creativity burst or whether some other factor — like people's expectations about the drug — were the cause. Studies with a control group are now underway, said study co-author Bernhard Hommel, a psychologist at the University of Leiden in the Netherlands.

The new study is, however, the first scientific attempt to study microdosing with psychedelics. Microdosing is generally defined as taking approximately a tenth the standard dose of a psychedelic substance in an attempt to boost creativity or improve mood. It's become something of a mini-trend in recent years, with articles in Rolling Stone and new businesses launching around the concept. Last year, the writer Ayelet Waldman published "A Really Good Day: How Microdosing Made a Mega Difference in My Mood, My Marriage, and My Life" (Knopf, 2017), a book about taking tiny doses of LSD to improve her mental health. [Trippy Tales: The History of 8 Hallucinogens]

But "anecdotal evidence is not enough," Hommel told Live Science. "Science is necessary to really nail it and know whether there is something in this, or whether it is a waste of money and time."

The study was published on Oct. 25 in the journal Psychopharmacology.

Psychedelics aren't legal in the United States, but the laws are more lax in the Netherlands, where Hommel and his colleagues conducted their study. There, magic mushrooms, or any mushroom containing the psychoactive compound psilocybin, are banned. But magic "truffles," or sclerotia, which are an underground portion of the same fungus, are legal. These sclerotia contain the same psychoactive psilocybin as the more familiar, above-ground, mushroom. The researchers were invited to do the research by the Psychedelic Society of the Netherlands, which was conducting a microdosing event. Because people who signed up for the event had already paid the organizers and expected a dose of real drugs, Hommel and his team couldn't ethically make a control group and give them fake 'shrooms.

But they could test participants before and after they took the mini-dose of psychedelic truffles. The researchers asked 38 participants to do three short written tests before they microdosed. One was a brief intelligence test. Another tested convergent thinking, a component of creativity that involved solving problems with just one solution. In this test, a participant would be shown a grid of pictures of objects. They then had to pick one object from each row and describe their commonality. A sink, a hose and a bathtub, for example, would all have water in common.

The final test focused on divergent thinking, or the ability to come up with many possible solutions to a problem. Participants were given a word (either "pen" or "towel") and told to come up with as many uses for that object as they could think of. For a pen, Hommel said, this could be as dull as "write with it" or as wild as "stick it in the right eye of your boss."

After taking a dose of around a third of a gram of magic truffles, the participants took different versions of these same tests.

The results showed that, after the microdose, intelligence didn't change. But both divergent and convergent thinking improved, the researchers reported. This was a surprise, Hommel said. One previous study that looked at psychedelics and creativity used full recreational doses of ayahuasca, a tea made from psychoactive vines and shrubs from the Amazon. That research, published in 2016, found that ayahuasca also improves divergent thinking, but it makes convergent thinking worse.

It was thus "very strange to see" that microdosing psilocybin improved both, Hommel said.

The difference could be in the dosage, rather than the substance, said study co-author Luisa Prochazkova, a doctoral candidate at Leiden University. With recreational dosages, people report an almost dreamlike, unconstrained thought process. This might be great for brainstorming, but not so great for more structured problem-solving, she said.

"A small dose might tip us to an ideal balance between the two modes," she said. [Creative Genius: The World's Greatest Minds]

Because there was no control group, it's impossible to say for sure whether the microdose was really the reason that creativity went up. People might have learned how to do the tests from the first round, though that is unlikely, Hommel said — a practice round isn't known to improve people's scores on these kinds of creativity tests. Alternatively, people might have simply expected to become more creative because they'd had a similar experience with magic mushrooms before. But still, Hommel said, those expectations would be based on a real effect of the drug.

One big question is whether better scores on the kind of tests Hommel and his colleagues administered actually translate to real-world problems, said Jonathan Moreno, a professor of medical ethics at the University of Pennsylvania Perelman School of Medicine. Moreno, who was not involved in the study, has argued for destigmatizing psychedelic drugs and researching them as potential treatments for mental disorders.

Creativity is highly situational, Moreno told Live Science. Psychedelics might help, but then so might changing up one's office layout or going for a hike. There are too many variables in the actual work world to assume that microdosing makes a key difference, he said.

"There are so many of these people who think they're going to be the next Steve Jobs," Moreno said of microdosing advocates. "Is there any measurable improvement in the new ideas that they bring out?"

There are still many, many questions to answer about how microdosing might work, Hommel said. First, the researchers want to prove that their findings at the Psychedelic Society event weren't a fluke. To that end, they're conducting laboratory experiments with control groups. A further question would be whether microdosing works in the long run, or whether people would become inured to the tiny amounts of psychedelics over time.

"Nobody in the world at the moment is doing longitudinal studies with microdosing, to our knowledge," Prochazkova said. "So we are still a while from knowing."