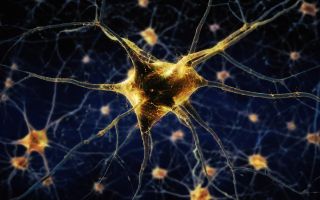 Unless you're a werewolf or a superhero, you can't easily transform into something you're not — but your cells can.

Scientists recently found a way to convert an immune-system cell into a neuron — two cells with totally different shapes and very different functions. The hope is that the technique could help researchers study a patient's brain from a blood sample.

The study was published on Monday (June 4) in the journal Proceedings of the National Academy of Sciences.

"Blood is one of the easiest biological samples to obtain," Marius Wernig, an associate professor of pathology at Stanford University, said in a statement. "Nearly every patient who walks into a hospital leaves a blood sample, and often these samples are frozen and stored for future study." [Top 10 Mysteries of the Mind]

Stem cells — which can turn into many different types of cells — are typically the go-to way for researchers to create a cell of choice. But sometimes other cells that have already differentiated, or reached their mature calling (having already turned into skin cells or blood cells, for instance) can morph into a totally different cell type. Researchers call this transformation "transdifferentiation."

Wernig and his team first demonstrated their "transdifferentiation" technique in a study published in the journal Nature in 2010.  The team converted mouse skin cells into mouse neurons, without first turning them into stem cells. But the skin cells had to be grown in the lab for some time — time that could lead to genetic mutations that would alter a person's cells, according to the statement.

To avoid this lag, Wernig and his team focused on T cells — white blood cells that play an important role in the immune system by helping to destroy pathogens. They found that with the addition of four proteins, in a short period of time, T cells transformed into a patient's own neurons, according to the statement.

"It's kind of shocking how simple it is to convert T cells into functional neurons in just a few days," Wernig said. "T cells are very specialized immune cells with a simple round shape, so the rapid transformation is somewhat mind-boggling." (In contrast, neurons have elongated tails.) This technique could eventually be used to study the neurons of people who have schizophrenia and autism, in order to understand the origins of the diseases and identify potential treatments, the statement said.

However, the neurons they created can't form mature synapses — spaces between neurons that are necessary for the cells to communicate with one another. According to the statement, Wernig and his team are hoping they can eventually improve the technique and have already begun to collect blood samples from children with autism.