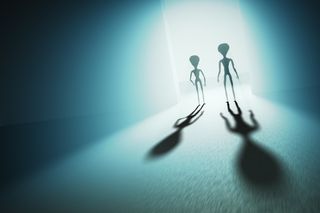 Stay sharp! You may be needed to help decode a message from intelligent aliens someday.

The work of professional linguists, mathematicians and scientists "is probably not going to be enough" to unravel a cosmic mystery missive, said Sheri Wells-Jensen, a linguist at Bowling Green University in Ohio who also serves on the board of METI (Messaging Extraterrestrial Intelligence), a San Francisco-based nonprofit.

"We have to have all hands on deck," Wells-Jensen told Space.com. "We're going to need everybody, and we're going to need to generate multiple sets of meanings for a message that we get." [13 Ways to Hunt Intelligent Aliens]

An experiment performed recently by Wells-Jensen shows why we may need the power of the human hive-mind. She presented college students with several puzzles that had been coded in the manner of Lincos, a constructed language designed to be understood by intelligent extraterrestrials. The students figured out the simple stuff, such as basic mathematical functions, quite well — but things got dicey when the concepts got more complicated.

For example, Wells-Jensen gave the students the equation for the circumference of a circle, as well as a lightly coded representation of "pi" (the ratio of a circle's circumference to its diameter).

"And I said, 'OK, what is this real word?' And they came up with all kinds of crazy things," she said. "Some made poetic jumps and said, 'world'; some of them made an opposite poetic jump and said, 'infinity.' Some of them thought that I meant that the diameter of the circle ended at a wall, and said 'prison.'"

And that's for a message drawn up by a fellow human. It will doubtless be much tougher to decode something devised by creatures from a distant solar system who share no cultural or evolutionary history with us, who may rely upon different senses to perceive their environment and to communicate, and who are probably far more advanced technologically than we are.

So, we'll likely need to marshal the collective wisdom of the world, in a massive citizen-science project, to identify (and agree upon) the "right" answer, Wells-Jensen said. And our chances of success in this endeavor would be greatly increased if we all hit the books a little, to increase our critical-thinking skills and our understanding of nature and how it works, she added.

"One of the goals of METI — and I really think it should be a goal of all of us — is to work on this science-literacy problem," Wells-Jensen said.

The linguist was originally scheduled to present her results on Saturday (May 26), during a workshop at the International Space Development Conference (ISDC) 2018 in Los Angeles. But she nixed that after running out of time. Wells-Jensen has been pretty busy; she chaired the workshop, which is called "Language in the Cosmos," and she co-authored another workshop study.

The daylong workshop, which was organized by METI, explored the possibility that language — or at least certain essential elements of language — might be universal throughout the cosmos.

Famed linguist Noam "Chomsky has often said that if a Martian visited Earth, it would think we all speak dialects of the same language, because all terrestrial languages share a common underlying structure," METI President Doug Vakoch, who also presented a paper at the workshop, said in a statement. "But if aliens have language, would it be similar to ours? That's the big question."

Two workshop papers, including one co-authored by Chomsky, expressed optimism about this. Wells-Jensen said she's more skeptical, citing our lack of knowledge about the origins of human language and the difficulty of extrapolating from a sample size of one. (However, whale languages might be complex enough to boost our planet's sample to two, she added.)

"I don't think we know, but this is a nice hypothesis to play with," she said of the language-universality idea.