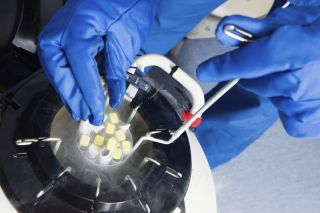 Most women who elect to freeze their eggs are happy they did it, but about 1 in 6 say they regret the decision, according to a new study.

Researchers surveyed women who underwent egg freezing for "fertility preservation," meaning they could potentially use the eggs in the future to conceive a child.

The finding that some women regretted their decision was surprising and is cause for concern at a time when egg freezing is becoming more popular, the researchers said. Indeed, some tech companies, including Apple and Facebook, offer to cover a large part of the cost of the procedure for their employees.

The researchers aren't exactly sure why some women apparently end up regretting the decision, but factors such as not feeling fully informed about the procedure and not having enough emotional support may play a role, the study found. The researchers are planning to conduct future studies to better understand what women are going through emotionally during egg freezing, which can be an expensive and time-consuming process. [Trying to Conceive: 12 Tips for Women]

"While most women expressed positive reactions of enhanced reproductive options after freezing eggs, we were surprised to discover that, for a group of women, it wasn't so simple — some even, frankly, regretted their choice," lead study author Dr. Eleni Greenwood, a clinical fellow in obstetrics, gynecology and reproductive sciences at the University of California, San Francisco (UCSF), said in a statement. "Although this study doesn't reveal all the reasons behind regret, this is a critical finding."

The study is published today (May 18) in the journal Fertility and Sterility.

The researchers analyzed information from 201 women who underwent elective egg freezing, also called "oocyte cryopreservation," at UCSF between 2012 and 2016. Elective means that the women did not have a medical reason for freezing their eggs. (Some women freeze their eggs for medical reasons — for example, if they are diagnosed with cancer and need chemotherapy, which could cause infertility.)

The women were surveyed about two years after their egg-freezing procedure, and at that time, 6 percent of the women had used their frozen eggs to try to conceive a child.

Many women had positive views about egg freezing: 88 percent said they felt it gave them increased control over their reproduction planning, and 89 percent said they would still be happy that they froze their eggs, even if they never went on to use them.

But when asked separate questions to gauge their level of regret, While 51 percent of the women said they had no regret about their decision, 33 percent had mild regret and 16 percent had moderate to severe regret, the researchers said.

Women were much more likely to experience regret if they had frozen 10 or fewer eggs, compared with those who froze more than 10 eggs. The women may have interpreted the lower egg yield as a marker of low fertility, although the number of eggs retrieved during the process is not necessarily an indicator of this, the researchers said. Still, the number of eggs that a woman freezes is a factor in the procedure's "success rate," or the chances that using the frozen eggs will result in the conception of a child.

In addition, while most of the women (70 to 80 percent) said they had adequate information about the procedure and adequate emotional support, those who said they did not have these things were also more likely to regret the decision.

Another concerning finding was that some women appeared to have unrealistic expectations about their chances of having a baby after egg freezing, the researchers said. On average, the women said they thought they had a 56 percent chance of having a child with their frozen eggs, but a 2016 study found a live birth rate of about 39 percent in women who froze their eggs at age 35.

And alarmingly, 6 percent of the women in the new study estimated that they had a 100 percent chance of having a baby with their frozen eggs, "which is obviously unrealistic and presents a critical opportunity for counseling," Dr. Kara Goldman, an assistant professor and reproductive endocrinologist at the New York University Langone Medical Center, who was not involved in the study, wrote in a commentary published alongside the study. "To the extent that this expectation of success may alter a patient's procreative plans, this misconception could lead to unintended childlessness with devastating consequences for these individuals."

Goldman added that "without question, oocyte cryopreservation has changed lives and built families that may not have existed without the technology." But "more work is needed to ensure that patients at risk of regret are identified and appropriately supported," she added.

The study authors said that improved counseling and emotional support for women undergoing egg freezing could help reduce decision regret. They also called for more research into the long-term emotional outcomes, and potential harms, of the procedure.

"As oocyte cryopreservation takes off, we wanted to take a step back to understand how this technology might impact the trajectory of women's lives," Greenwood said. "We see this work as just the start of that conversation. Our ultimate goal is to translate this research into creating an increasingly supportive system to help women, realistically, achieve their reproductive goals."

Currently, the American Society for Reproductive Medicine says there is not enough data to recommend that women freeze their eggs for the sole purpose of delaying childbearing.