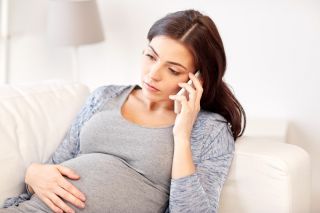 Many marijuana dispensaries recommend marijuana products for treating pregnant women's morning sickness, even though marijuana use in pregnancy is linked with health problems for newborns, according to a new study from Colorado researchers.

The study surveyed 400 marijuana dispensaries in Colorado, and nearly 70 percent said they would recommend marijuana products for women experiencing nausea in early pregnancy. Most dispensary employees cited their personal opinions when making the recommendation.

"As cannabis legalization becomes more common, women should be cautioned that advice from dispensary employees might not necessarily be informed by medical evidence," the researchers, from the University of Colorado School of Medicine and the Denver Health and Hospital Authority, wrote in the June issue of the journal Obstetrics & Gynecology. [25 Odd Facts About Marijuana]

Marijuana use during pregnancy may be harmful for babies: Some studies have found a link between marijuana use in pregnancy and health problems in newborns, including low birth weight, according to the Centers for Disease Control and Prevention (CDC). Research also suggests that marijuana use during pregnancy could have long-term neurological effects: For example, some studies have found that children exposed to marijuana in the womb are at greater risk for attention and behavior problems, compared with babies not exposed to marijuana. The American College of Obstetricians and Gynecologists recommends that pregnant women not use marijuana.

"Babies exposed to marijuana in utero are at increased risk of admission to neonatal intensive care units. There are also concerns about possible long-term effects on the developing brain, impacting cognitive function and decreasing academic ability later in childhood," study lead author Dr. Torri Metz, a perinatologist at Denver Health, said in a statement.

However, as more and more U.S. states legalize the drug, more pregnant women may use it, the study authors said. Already, 1 in 20 U.S. women reports using pot while pregnant, according to the CDC.

What's more, pregnant women may not wish to discuss marijuana use with their doctors, out of fear of legal consequences, and so they may instead seek advice from marijuana retailers, the researchers said.

In the new study, the researchers called Colorado marijuana dispensaries and pretended to be eight weeks pregnant.

The researchers told the dispensary employees that they were feeling "really nauseated" and asked if the dispensaries had any products recommended for morning sickness.

More than a third (36 percent) of dispensary employees contacted said that marijuana was safe in pregnancy, while about half (53 percent) said they weren't sure about the drug's safety during pregnancy.

The researchers also made note of some quotes from the dispensary employees, which in some cases were strikingly inaccurate. For example, one employee said that "after eight weeks [of pregnancy], everything should be good with consuming, like, alcohol and weed and stuff, but I would wait an extra week." Another said that marijuana edibles wouldn't be a risk to the baby, because "they would be going through your digestional [digestive] tract."

The researchers noted that recommendations from cannabis dispensary employees may vary depending on the person who took the call and may not represent the policy of the dispensary or the views of other employees. Still, the "mystery caller" method used by the researchers reflects a "real world" situation and the advice that a woman may receive when calling the dispensary, the investigators said.

The researchers concluded that "public health initiatives should consider collaborating with dispensary owners … about standards for advice provided to pregnant women."