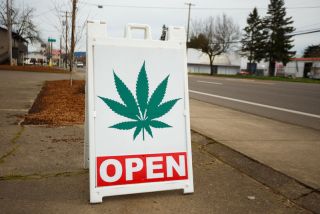 Many staff members at marijuana dispensaries have not had any formal training for their positions, according to a small new study.

Researchers found that 30 people of the 55 dispensary staff members surveyed in the study (55 percent) had received any sort of formal training for their current positions.

Only 20 percent had received any medical training on the health effects of marijuana, and just 13 percent had received any training on the science of the drug, the researchers found. The staff members surveyed worked at medical or nonmedical marijuana dispensaries in Colorado, California, Arizona, Oregon, District of Columbia, Connecticut, Rhode Island, Massachusetts and Maine. [25 Odd Facts About Marijuana]

Moreover, some of the dispensary staff members in the study made recommendations to people who were purchasing marijuana that were not accurate or appropriate for treating their customers' conditions, said lead study author Nancy Haug, a professor of addiction medicine at Palo Alto University in California.

For example, 13 percent of the staff members in the study said they had recommended types of marijuana that are high in levels of THC — marijuana's main psychoactive component — to patients who intended to use the marijuana to treat anxiety, the researchers found. However, previous research has shown that THC may make anxiety worse, Haug told Live Science.

And 7 percent of the staff members recommended THC for treating epilepsy, whereas research has shown that another marijuana compound, called CBD, may work to treat epilepsy, Haug said.

Yet 94 percent of the study participants said that they had provided advice to customers. That included recommending which marijuana strains customers should use and advising customers on the benefits of marijuana for particular symptoms. [Marijuana Could Treat These 5 Conditions]

The staff members in the study said that the most common symptoms reported by their customers were chronic pain, insomnia and anxiety. Of all staff members in the study, 62 percent said that they always or often checked in or followed up with their customers after their purchases, to ask about their health conditions, according to the study, published Dec. 1 in the journal Cannabis and Cannabinoid Research.

Overall, the staff members were more likely to recommend marijuana with an equal ratio of THC to CBD for people with anxiety, PTSD or trauma and Crohn's disease, rather than recommending marijuana that is high in THC, the researchers found. This is in line with what experts recommend, the researchers said.

Staff members were also more likely to recommend marijuana with high levels of CBD and equal ratios of CBD to THC for customers with ALS, epilepsy and muscle spasms, rather than recommending marijuana high in THC. For people with epilepsy and the other conditions, this recommendation is also in line with  research suggesting that CBD may indeed benefit patients.

However, some staff members made recommendations that were not in line with what is thought to be effective for a given condition, the researchers said. For example, 10 percent of staff members said they had recommended marijuana with high levels of CBD for people who wanted to increase their appetite, but research has shown that it is THC, and not CBD, that may help patients increase appetite, the researchers said.

The results show that dispensaries should provide training to their staff members, Haug said. This training should be based on findings from current scientific literature on cannabis, she said.