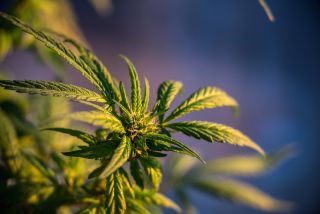 In the study, the researchers looked at more than 38,600 samples of illegal marijuana seized by the U.S. Drug Enforcement Administration over 20 years. They found that the level of THC, or tetrahydrocannabinol — marijuana's main psychoactive ingredient — in the marijuana samples rose from about 4 percent in 1995 to about 12 percent in 2014.

Conversely, the level of CBD, or cannabidiol — an ingredient sometimes touted for its potential health benefits — fell from about 0.28 percent in 2001 to less than 0.15 percent in 2014.

When the researchers looked at the ratio of THC to CBD, they found that marijuana in 1995 had a THC level that was 14 times its CBD level. But in 2014, the THC level was 80 times the CBD level.

"We can see that the ratio of THC to CBD has really, really increased and climbed so much higher," said lead study author Mahmoud A. ElSohly, a professor of pharmaceutics at the University of Mississippi. [11 Odd Facts About Marijuana]

The researchers also found that, among the cannabis plant material seized over the last four years of the study, there had been an increase in the samples of sinsemilla, which is a type of cannabis that is much more potent than other types of the drug, according to the study, published Jan. 19 in the journal Biological Psychiatry.

The increase in marijuana's potency may have some negative health consequences for marijuana users, especially young ones, ElSohly said.

When a person smokes marijuana with lower doses of THC, "it is a pleasant feeling; it is the munchies, the happiness," ElSohly told Live Science. But smoking marijuana with high doses of THC may involve a higher risk of negative health effects, such as psychosis or panic attacks, he said.

There are several likely factors behind the increase in marijuana potency in the illicit market, ElSohly said. For one, "the higher the THC content is, the more expensive the product," he said. Therefore, the ability to charge more for marijuana with high THC content is an incentive for cannabis growers to select for and grow those varieties of plants that have a high THC content.

Moreover, pot smokers often develop a tolerance for THC, which means that, over time, they need increasingly higher doses of THC to get high, ElSohly said. These people create a demand for more and more potent varieties of pot.

Previous research has also shown that the potency of marijuana, including the marijuana sold in states where its recreational use is now legal, has increased over the years. For example, in a study presented in March 2015 at a meeting of the American Chemical Society, researchers said they found that samples of marijuana in Colorado contained as much as 30 percent THC. In comparison, the levels of THC in marijuana 30 years ago were generally below 10 percent, the researchers said.