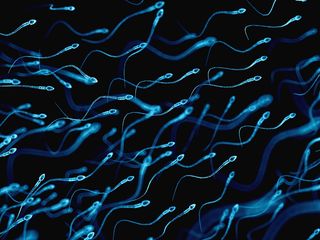 More than 50 years after the arrival of "the pill" for women, scientists say they're getting closer to developing a similar birth control pill for men.

In a preliminary study, researchers found that when men took an experimental pill every day for a month, the drug appeared to act in ways that could potentially block sperm production, and it seemed to be safe.

The drug, known as dimethandrolone undecanoate, or DMAU, is a major step forward in the development of a once-daily 'male pill,'" study senior author Dr. Stephanie Page, a professor of medicine at the University of Washington Medical Center in Seattle, said in a statement. The pill contains a drug that acts like an androgen, or male hormone such as testosterone, and a progestin, another sex hormone.

However, longer studies are needed to confirm that it does indeed block sperm production, the researchers said. [Men vs. Women: Our Key Physical Differences Explained]

The study was presented Sunday (March 18) at ENDO 2018, the Endocrine Society’s 100th annual meeting in Chicago, and the findings have not yet been published in a peer-reviewed journal.

Currently, birth control options for men are limited to condoms and withdrawal during intercourse, which are less effective than the hormonal birth control methods that women use. Men can also have a vasectomy, but this method is invasive and often not reversible.

Previous efforts to develop a male birth control pill have run into problems. For example, oral testosterone drugs usually leave the body quickly — meaning that men would have to take the pills twice a day for the drug to be effective, Page said.

But DMAU contains a long-chain fatty-acid molecule that slows down the clearance of testosterone, Page said, meaning it stays in the body for a longer period of time.

The new study involved 100 men ages 18 to 50, who were randomly assigned to receive one of three doses of DMAU (100, 200 and 400 milligrams), or a placebo. Participants took the pill once a day for 28 days. DMAU needs to be taken with food to work properly, the researchers noted.

The study found that men who took the highest dose of DMAU, 400 mg, showed "marked suppression" of levels of testosterone and two hormones required for sperm production: luteinizing hormone and follicle-stimulating hormone. (The study did not measure the men's sperm count.)

And despite having low levels of testosterone, very few subjects reported symptoms of testosterone deficiency, Page said. For example, low testosterone levels can cause mood changes and problems with achieving an erection. But the researchers found that there was no significant change in mood or sexual function among those who took the drug, compared with those who took a placebo.

Decreased sex drive can also be a side effect of low testosterone levels, but again, only a small number of participants (eight who took the drug) reported this side effect.

However, many men who took the pill did experience weight gain — about 3 to 8 lbs., on average — during the study, and they saw a drop in their levels of "good" cholesterol. But both of these effects were mild, Page said.

The new findings are "exciting," said Dr. Robert Courgi, an endocrinologist at Northwell Health’s Southside Hospital in Bay Shore, New York, who was not involved in the study, but attended the presentation. DMAU "does have the promise of blocking sperm production," Courgi said.

The testosterone levels seen in the study's participants are comparable to those seen in men who have undergone castration, or removal of the testes, Courgi said. But if further research shows the side effects are subtle, and patients are aware of the risks, this could be developed for the market. "If it's as mild as it seems to be, this can come to fruition," Courgi said.

Courgi noted that female birth control pills can have a number of side effects, but the pills are still popular, and many women are able to take them without experiencing these adverse effects.