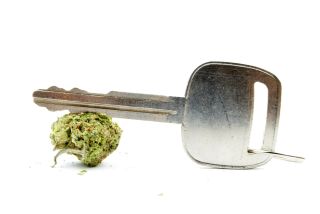 It's really tricky to measure how much marijuana a person has used on a given day — and how impaired their driving may be as the result of that use — a new opinion piece says.

Amid the more widespread legalization of marijuana, there are calls for a roadside test — similar to a Breathalyzer — to determine whether someone is impaired, and for a legal limit on marijuana akin to the one that exists for alcohol. But the problem is that recent research clearly shows that the levels of marijuana's active compound, called tetrahydrocannabinol or THC, don't line up in a straightforward way with how impaired people are, according to the paper, published today (Jan. 25) in the journal Trends in Molecular Medicine.

Some people "can be extremely impaired at 1 nanogram per mililiter [ng/mL], but other people may not have much impairment at all at 5 ng/mL," said paper co-author Marilyn Huestis, a toxicologist and adjunct professor of epidemiology and public health at the University of Maryland School of Medicine. [25 Odd Facts About Marijuana]

This is why researchers need to develop a better understanding of the effects of not only THC, but also the more than 500 other compounds found in marijuana, the paper said. For example, researchers need to figure out how long it takes for the body to break down certain compounds called cannabinoids, and flush them out of the system.

In addition to studying the compounds themselves, researchers need an improved understanding of how people's behaviors change as these compounds are coursing through their systems, the researchers wrote.

"Cannabinoids are such a major issue right now, especially with all the research now determining what health conditions" the compounds might help treat, Huestis told Live Science.

Growing legalization means that more and more people have the option of using the drug, she said. "But to make an educated choice, they need to know the pros as well as the cons," she said.

One surprising fact that has come out of recent research is how long THC can remain in the systems of people who use the drug frequently, according to the review. Researchers found that the compound can linger in the blood of heavy, chronic users for 30 days after they stop using marijuana, Huestis said.

That's because THC is stored in the body's fat and can slowly be released from there over time, she said. What's more, the compound remains active while it is in storage, and so it can still have effects when it is finally released.

"All toxicologists thought that THC was out of the blood in 6 to 8 hours," said Huestis, who owns a toxicology consulting company. But THC is quite unlike alcohol, which dissolves in water and is therefore easy to flush from the body. People who use marijuana frequently may have a huge amount of THC stored in their tissues, and so no test for THC can distinguish whether someone smoked marijuana today or a month ago.

The bottom line is that the best way to determine impaired driving due to marijuana may involve two separate things, the paper said: first, documenting that a driver is impaired based on the individual's behavior, and second, showing with a positive blood or saliva test that marijuana is present in the person's system at some level. In this approach, the exact level of marijuana present isn't as important.

It's important for the public to recognize that marijuana does impair driving, Huestis said. The drug affects the way people drive in two major ways. One way is by affecting two regions of the brain — the cerebellum and basal ganglia — that are involved in planning and controlling the muscle movements. Such movements are needed to control a car during driving. "When you're driving, you need to stay in your lane, but cannabis increases weaving within a lane," Huestis said. [7 Ways Marijuana May Affect the Brain]

The second way that cannabis affects driving abilities is by affecting the brain's "executive function," meaning the brain's ability to gather information from the senses, filter what's important, compare that information to memories and then make a decision about how to act, Huestis said. Unexpected things can occur while a person is driving, and the brain needs time to react, plan and then execute an action that's going to prevent a problem — but cannabis interferes with that process.

All the recent research points to the idea that there is not a scientifically sound way to set a legal limit on blood levels of marijuana, Huestis said. "I used to be someone who thought [that] if we could just get a good limit, that would work," she said. "But [with] all the work on chronic, frequent users, we realized there's no one number that's going to distinguish impairment."