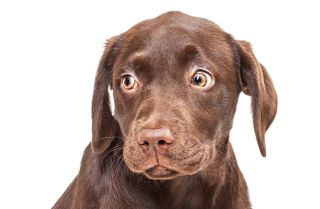 The fresher the poop, the more likely a dog will eat it — whether you like it or not.
(Image: © Shutterstock)

Poop eating in dogs is a common and — much to their owners' disdain — enthusiastic habit, but what drives them to doo-doo it?

Scientists recently dug into the patterns of crap-consuming canines and flushed out an answer.

It turns out that not just any old poo will do. For poop-seeking pups, fecal freshness is a factor. And this predilection for poop could be behavior that originated in dogs' wolf ancestors, and is linked to parasite prevention, according to a new study. [10 Things You Didn't Know About Dogs]

Also known as coprophagia, poop eating is widely distributed across the mammal family tree. The behavior — which is also found in rodents, rabbits, beavers, elephants and non-human primates, to name just a few — is generally viewed as a second chance for an animal to extract nutrients from its diet. Domestic dogs, which can also be avid eaters of poop, have been found to turn to poop eating due to nutritional deficiencies in their diets caused by starvation or disease, prior research has suggested.

However, that doesn't explain why otherwise healthy dogs would develop a taste for waste. Puppies may learn this behavior from their mothers, who lick their babies when they are very young to encourage elimination and to clean them up afterward. But most dogs tend to grow out of this youthful poop-eating stage by the time they are 9 months old, according to the American Kennel Club.

What makes this behavior even more puzzling is that dogs generally distance themselves from their own droppings and those of other dogs, researchers reported in the new study. This avoidance may stem from ancestral wolves' habits of eliminating outside their dens, perhaps to reduce the risk of infection from parasites found in their stools, the researchers suggested.

To get to the bottom of why dogs eat feces, the scientists conducted two online surveys, gathering about 3,000 responses from dog owners in the U.S. and Canada. One survey investigated the habits of dogs that ate poop and dogs that didn't, while the other addressed only the poo eaters, to gather data about frequency, persistence of the behavior and the type of poop that attracted them the most.

About 16 percent of responders to the first survey said that they had observed their dog eating poop, and feces feasting did not appear to be linked to generally compulsive behavior or dietary deficiencies. Interestingly, 82 percent of the poo eaters only consumed poop that was no more than 2 days old, the study authors reported.

In the second survey — the poop eaters only — 38 percent of the dogs ate poop weekly, and 62 percent sampled poop daily. And 85 percent preferred their poop fresh, less than 2 days old.

This preference emerged in both surveys, and could be an important clue to the origins of poop-eating behavior, linking it to an adaptive behavior practiced by the ancestors of domestic dogs — wolves, the study authors reported.

Wolves expel the eggs of intestinal parasites such as tapeworms, roundworms, pinworms and flukes in their feces, and these eggs typically don't develop into an infectious larval form for several days. By eating fresh poop found in or near their den areas, wolves may perform a type of housekeeping that reduces the risk of parasitic infection, the researchers explained in the study.

However, this hypothesis for the origins of poop eating in dogs doesn't draw from observed behavior in wolves, "and should be considered tentative," the study authors wrote.

Another unsatisfying conclusion for disgruntled dog owners is that pooches' poop-eating habits are hard to change, the scientists found. They discovered that dogs who fancied feces weren't easily deterred, and regardless of the method owners tried — food additives, punishment for eating poo or rewards for leaving poop alone — their reported success rate was 0 to 4 percent.

The findings were published online Jan. 12 in the journal Veterinary Medicine and Science.