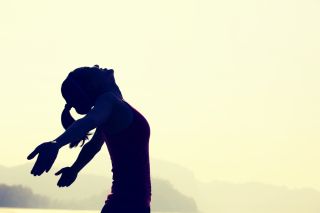 Women have a longer life expectancy than men do under normal circumstances, and now a new study from Denmark and Germany reveals that women also outlive men even in the worst of times.

In the study, which took a look back on historical life expectancies, researchers found that women had, on average, a longer life expectancy when facing the harshest conditions — including famines and epidemics — than men did.

Indeed, the study found that even under extremely harsh and critical conditions, women have a survival advantage, said lead author Virginia Zarulli, an assistant professor at the Institute of Public Health at the University of Southern Denmark. [Wonder Woman: 10 Interesting Facts About the Female Body]

It's not clear why women are the "life-expectancy champions," the study authors wrote, but previous research has suggested that under normal conditions, biological reasons play an important role, along with environmental and behavioral factors.

However, there was little evidence about whether women would have a survival advantage over men under critical, highly life-threatening conditions, Zarulli told Live Science. So, the researchers decided to investigate these situations to tease out whether the differences observed could be explained by biological or environmental factors.

To do so, they analyzed historical data collected between 1772 and 1939 from seven populations facing extreme hardships. Specifically, the researchers looked at data on life expectancy and death rates from groups facing starvation, disease and slavery during times such as the Irish potato famine (1845–1849),  measles epidemics in Iceland (1846 and 1882) and plantation slaves in Trinidad (at the beginning of the 19th century).

All seven of the groups involved in the study had an extremely low life expectancy because of the harsh conditions; one or both sexes were not expected to live longer than 20 years during these crises.

Most of the female advantage in life expectancy during these crises was due to survival differences in infant mortality, according to the researchers. The findings showed that baby girls survived harsh conditions better than baby boys.

Although infant mortality tends to be higher for boys than girls in normal conditions, it was very surprising to find such a striking difference in favor of girls during crises, Zarulli said.

One of the reasons this result was so surprising is that the literature from the time period that the researchers studied suggests that parental attitudes showed a sex preference, usually for baby boys, Zarulli said. "So it is even more remarkable that, despite a potential discrimination against them, baby girls survived more" than baby boys, Zarulli said. (This sex preference meant that parents may have been more likely to seek out treatment for a sick baby boy than for a sick baby girl, for example, or give the boy more food than the girl when resources were scarce.)

This finding offers strong evidence that the reason for a female survival advantage might be fundamentally biological, Zarulli said. That's because behavioral differences among the infants are minimal at this age, and the babies experienced the same environmental conditions, leaving biology as the most likely explanation. [8 Tips for Healthy Aging]

Higher testosterone levels may also cause more reckless behaviors in men, which, in turn, could increase the risk of accidental and violent deaths and thus lower the average life expectancy for men, Zarulli said. (However, this would not affect infant mortality rates.)

"The female survival advantages has deep biological roots, but the role of culture, society and behavior is very important, as well," Zarulli said.

The study was published Jan. 3 in the journal Proceedings of the National Academy of Sciences.