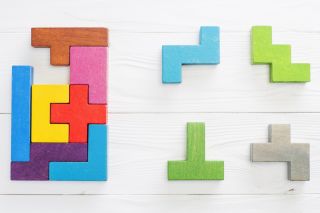 After Secretary of State Rex Tillerson allegedly called President Donald Trump a moron back in July, the president boasted that he would score higher on an IQ test than Tillerson. But that may not mean as much as the president would like to think.

In a recent interview with Forbes, Trump said of Tillerson's alleged insult, "I think it's fake news, but if he did that, I guess we'll have to compare IQ tests. And I can tell you who is going to win." [Creative Genius: The World's Greatest Minds]

But what do IQ tests really measure? Are they a valid metric for intelligence?

For some, the answer is fairly clear. "In my view, 'intelligence' is easy to define: It is that quality measured by performance on a well-standardized intelligence test," Robert Bilder, a psychologist at UCLA who researches cognition and psychopathology, told Live Science.

But intelligence testing, even intelligence as a concept, is the focus of a constant debate that raises more questions than it answers.

The IQ, or the intelligence quotient, is a measure of a person's mental age divided by their actual age, multiplied by 100. So, a person who is exactly as "mentally old" as one might expect for that individual's chronological age would score a perfectly average 100. People who deviate from that score in either direction are considered to be of above- or below-average intelligence. These scores can change with age and can fluctuate from one testing session to another, according to researchers.

But intelligence is a many-faceted beast. While it is colloquially associated with math and reasoning skills, psychologists assert that there are many kinds of intelligence, with Howard Gardner, a developmental psychologist at Harvard University, classifying seven distinct types, including bodily-kinesthetic, interpersonal, intrapersonal, musical, logical-mathematical, visual-spatial and linguistic.

Given that it's so hard to pin down exactly what intelligence is, the task of measuring it with a standardized test is particularly difficult, experts say. One of the standard IQ tests used today is called the Wechsler Adult Intelligence Scale (used for adults and older teens), which measures verbal and nonverbal cognitive skills, or as the psychologist who developed the test put it, the ability to "adapt and constructively solve problems in the environment."

Trump might not get the clear-cut result he's hoping for, since this test and others like it, including the Stanford-Binet test, don't present some unified quantity of a person's "smartness."

Test results are affected by several confounding variables, such as smoking habits, hours spent playing computer games and various aspects of one's personality, according to past research. IQ scores also change with the test taker's level of self-discipline and personal motivation and grit — all things that can change from testing session to testing session — according to a 2005 study that surveyed the IQ test results of 140 eighth-graders.

"Indeed, IQ tests are influenced by many factors," Cornell University developmental psychologist Stephen Ceci told Live Science. "For example, schooling affects IQ test performance," he added, explaining that for each year that a student falls short of finishing high school, there is a drop of between 1.8 and 4 IQ points compared to peers who did finish high school.

In Vietnam, Ceci explained, people who had a higher risk of being drafted stayed in school longer as a means to defer service compared to those with safer draft numbers. IQ testing revealed that those who stayed in school longer had higher scores — not because they were smarter, but because they had greater exposure to the conditions that would help them answer IQ test questions such as "who wrote Hamlet," Ceci said.

IQ test scores even correlate with birth order among siblings, according to two 2007 studies, as reported by The New York Times.

Therefore, IQ tests measure not just intelligence (however that is defined), but also the environment and context of one's life.

Whether or not a superior IQ test result would actually provide Trump with a satisfying victory over Tillerson, Bilder said he would love to help out.

"I would be delighted personally to test President Trump's hypothesis, and [I] offer to conduct the examinations for free," he said. "I would only request that we also include standardized tests of 'emotional intelligence' and 'response inhibition' that are not as fully examined in standard IQ tests but are very important to our success as a species."