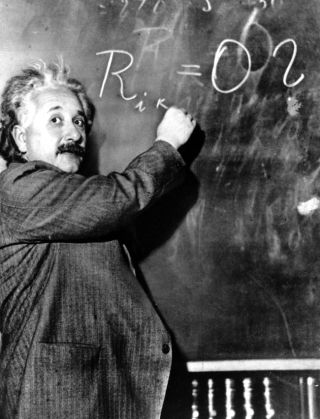 This Fourth of July, as you gather with family to celebrate U.S. independence, let your older brother light the grill. If you're the youngest, you just might be so dumb that you set yourself on fire.

The study could very well be pertinent to your life if you were socialized in Norway (population 4.6 million) or believe that intelligence can be measured so accurately.

The news that hit the wires last week, captured in many headlines, was that older siblings are smarter. President Bush is the oldest among his siblings, which either bolsters or destroys this theory, depending on your opinion. But this is the wrong message. The study wasn't about who's smarter but rather how one develops this concept we call intelligence.

The study examined records of more than 240,000 18- and 19-year-old males enlisted for compulsory military service in Norway. This large data set contained excellent information about sibling configuration, family educational background and, of course, IQ. This enabled the researchers—Petter Kristensen of the Norwegian National Institute of Occupational Health and Tor Bjerkedal of the Norwegian Armed Forces Medical Services—to generate a statistically powerful result while avoiding biases and confounding factors that have plagued numerous earlier studies on birth order and intelligence.

Their key finding, as reported in the journal Science, is that "the relation between birth order and IQ score is dependent on the social rank in the family and not birth order as such." That is, this is really about nurture trumping nature. The researchers found that second-born sons whose elder brothers had died early in life had the same IQ has the eldest-son subjects in this study.

It was the responsibility of being the oldest, or de facto oldest, that raised the IQ score, not some biological magic in the mother's womb—in Norway, anyway.

My being the youngest among four siblings and thus, potentially, many IQ points below my eldest sibling, I was particularly interested in this Norwegian study. As many of my readers let me know weekly, I am an idiot. And indeed, a chicken once beat me in tic-tac-toe in Atlantic City, although I'm convinced she cheated.

But America is different from Norway. Aside from its largely homogenous population, Norway, like much of the Old World, has an underlying culture of primogeniture, where the eldest son is expected to inherit the family estate or, at a minimum, take on social responsibilities such as elderly parental care. Eldest sons in Norway are raised differently compared to younger children. Given that the Norwegian study points to the nurture of the eldest, not the nature, the results have little implication for sibling order and IQ in American culture.

Even within cultures, families are different. Sometimes the eldest must work as a teenager after the death of a parent while the younger children go to school, which was the case in my family a generation ago.

But what is IQ, really? One of the most lamebrained individuals I ever met, chronically unemployed, is a member of Mensa, the largest and oldest high-IQ society. He has trouble making iced tea.

IQ tests are rather good at predicting academic achievement. Although these tests are controversial, many scientists agree that IQ is an assessment of a set of abilities such as memory, language, math and spatial visualization. Collectively we call these abilities intelligent. And these abilities can be muted by exposure to lead, poor nutrition, violence, or other insults to the body and mind.

Maybe you can safely say that a person with 140 IQ is "smarter" than someone with a 94 IQ. The Norwegian study found the average IQ of eldest sons to be 103.2; the average IQ of second sons was 100.4. To say that the eldest is smarter than the younger based on 2.8 IQ points is a stretch. The IQ test fails to measure many characteristics of intelligence, such as creativity or the ability to make a fine wooden cabinet. Those with lower IQs can easily outperform higher-IQ individuals in numerous, respectable tasks.

As the late paleontologist Stephen Jay Gould wrote in his book "The Mismeasure of Man," the biological origin of talents is dispersed throughout the brain. Until we understand the brain much better, we cannot so casually assign the title "smarter" to anyone. That said, Gould was sure smarter than me.