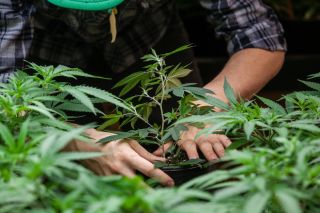 The percentage of Americans who say they've tried pot has reached a new high.

Adults in the poll were more likely to be current marijuana smokers if they were male, under age 29 and had an annual income of less than $30,000 a year, Gallup said. [Healing Herb? Marijuana Could Treat These 5 Conditions]

The increase in both people who have ever used marijuana and those who currently use it follows the growing trend of legalization of the drug. Currently, eight states have laws permitting the recreational use of marijuana, and the residents of those states make up one-fifth of the U.S. population. In addition, 29 states allow people to use marijuana for medical reasons. Legalization may confer a greater societal acceptance of the drug, Gallup said.

The poll findings, which are based on interviews with 1,021 adults ages 18 and older living in all 50 states, took place from July 5 to 9.