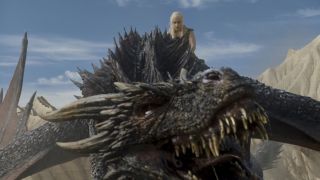 Characters in the TV series "Game of Thrones" have a tendency to drop like flies. As Queen Cersei Lannister says in the first season of the HBO hit, "When you play the game of thrones, you win or die. There is no middle ground."

The Wars of the Roses were English civil wars that raged on and off between 1455 and 1487. The conflict, during which King Richard III was killed, was between the House of Lancaster and the House of York over control of the English throne. George R.R. Martin, author of "A Song of Ice and Fire" — the book series on which the HBO show is based — has said he was inspired by this drawn-out, bloody conflict when writing his own fantastical series. [5 Real-Life Inspirations for "Game of Thrones"]

To see how accurate Martin and the HBO show writers are at capturing a Wars of the Roses-like conflict, University of Oslo doctoral student Céline Cunen scraped Wikipedia for the age of death of as many people living in Great Britain during the Wars of the Roses. Wikipedia worked for these purposes, she explained in a blog post, because it captures a pretty good representation of notable people — the kind whose names go down in history. "Game of Thrones," too, is focused on elite characters rather than commoners.

"I have to add: I did this just for fun. I am part of a group of researchers that wish to communicate statistics to the world. I regarded this as a good opportunity to do just that! However, it is of course impossible to obtain a correct statistical basis in a comparison between a TV show and a historical war," Cunen wrote in a statement.

Limitations aside, Cunen compared the historical data with a collection of "Game of Thrones" deaths collected by the site Deadspin. She first found that "Game of Thrones" represents the gender inequities of notable people in the medieval world relatively accurately: In the fantasy series, 76 percent of the dead characters were men, while 88 percent of the notable people of the Wars of the Roses data set were male. In both cases, the dead included more nobles than commoners: 55 percent of dead "Game of Thrones" characters belonged to the noble class, and 68 percent of notable historical figures from the Wars of the Roses represented the nobility.

To account for the fact that everyone alive during the Wars of the Roses is now dead whereas some "Game of Thrones" characters remain "alive," Cunen created curves based on the ages of "Game of Thrones" characters, to predict their natural life spans (assuming they aren't flambéed by dragons or zombified by White Walkers in the upcoming two seasons).

She found that nobles from "Game of Thrones" and the Wars of the Roses died at nearly identical rates. Score one for George R.R. Martin. [10 Beasts & Dragons: How Reality Made Myth]

On the other hand, the fantasy series doesn't quite capture the experience of being a commoner during the Wars of the Roses, Cunen found. The mortality rate for commoners was lower during the Wars of the Roses than the mortality rate for the nobility, because those wars were largely fought by the nobility and their professional hired soldiers, Cunen wrote. In "Game of Thrones," named non-noble characters die at a higher rate than noble characters.

One reason for the schism, Cunen said, may be that real-life medieval England had a parliament. Though the parliament wasn't always powerful or democratic, she wrote, it did allow people of common birth some voice — and a way to one day land in the pages of Wikipedia. The world of "Game of Thrones" lacks a parliamentary body, so this class of important-but-not-noble people just doesn't exist in the books or the show.

Cunen's analysis could compare only those characters named on the show with people whose names have been recorded in history. Thus, she couldn't quantify the difference between the Wars of the Roses and "Game of Thrones" for the average nameless peasant. Nevertheless, she wrote, it seems likely that living in a Wars of the Roses world would have been slightly better for the masses than living in a "Game of Thrones" world. During the Wars of the Roses, commoners were largely left out of the fighting, Cunen wrote. "Game of Thrones" references mass suffering such as hunger and massacres, and there are refugees and other signs of the breakdown of society, she said. (And, of course, winter is coming … er, finally here.)