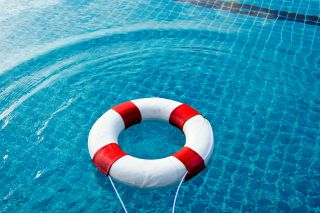 Some emergency-medicine doctors want to banish the phrase "dry drowning" because the term doesn't actually refer to any medically accepted conditions.

"Dry drowning" tends to come up in the summer, as it did this June, after a young boy in Texas died several days after swimming and his parents were told it was because of dry drowning.

But terms such as "dry drowning," "delayed drowning" and "secondary drowning" are all incorrect, and can cause unnecessary alarm, according to the American College of Emergency Physicians (ACEP). [10 Ways the Beach Can Kill You]

"There are no cases of completely normal, asymptomatic patients who suddenly die because they went swimming a few days ago," Dr. Rebecca Parker, president of the ACEP, said in a statement yesterday (July 11). "It's time to retire those incorrect terms, because it is inaccurate and incorrect to say a child was initially fine after a water event and then 'dry drowned' a day or a week later."

Still, in very rare instances, a person can die as a result of breathing problems several days after being submerged in water. The name for such an occurrence? Drowning.

The definition of drowning is when a person has any type of breathing problems after being submerged in a liquid, said Dr. Howard Mell, an emergency-medicine physician and a spokesperson for ACEP. For example, if a person goes underwater and comes up sputtering a bit, that's technically drowning, Mell said.

When most people think of drowning, they imagine a person going underwater and never coming up again because he or she dies from a lack of oxygen, Mell told Live Science. But "that would be the far end of the spectrum," he said. The medical term "drowning" includes a wide range of scenarios, including deadly problems, but also milder ones.

In the mildest cases, drowning is when water "goes down the wrong pipe," but this phrase is also inaccurate, Mell noted. What's really happening is that water gets to the back of the throat and comes into contact with the epiglottis, which is the flap of cartilage in the back of the throat that blocks the breathing tube when you swallow. The muscles around the epiglottis then spasm to protect you from inhaling water. A person may cough and clear out the water, and then have no further problems.

"If you are symptom-free, it's no longer drowning," Mell said. "It's not going to come back."

The bigger concern is when a person is coughing when he or she comes out of the water and doesn't stop coughing, Mell said. This could indicate that a person did inhale water — in other words, that water got past the protective barrier of the epiglottis, and into the lungs. [10 Bizarre Diseases You Can Get Outdoors]

When even a drop or two of water gets into a person's lungs, it can cause problems, Mell said. This is because the water can wash away a compound called "surfactant" that coats the inside of a person's lungs. Surfactant is a slippery substance that helps keep the air sacs within the lungs open so that oxygen and carbon dioxide can be exchanged between the air sacs and nearby blood vessels. If the surfactant washes away, the immune system may react, leading to a deadly condition called acute respiratory distress syndrome.

If a person inhaled water, and some of the surfactant was washed away, the signs of this would be clear, Mell said. A person would come out of the water coughing, or start coughing within a couple of minutes, he said. An hour later, the cough would be horrid, and an hour after that, the person would be losing their normal color, and turning gray.

The term "dry drowning" came about because there were cases in which people died from this process, but they died several days after they inhaled water, Mell said. "It was harder for people to comprehend" the concept that people can die of drowning when they're not in water, even if they had been coughing and sputtering since they were in the water, he said.

"It's not a benign, mysterious process; it's an obvious process" that starts right away, not several hours or days after a person gets out of the water, Mell said.

There's no process that would be considered "drowning" that would start only several hours after a person was out of the water, Mell added. So if a child develops a cough a few days after swimming, that's just a cough.

But if the person is coughing when he or she comes out of the water, and that coughing continues and gets worse, the person definitely should be taken to the emergency room, Mell said.