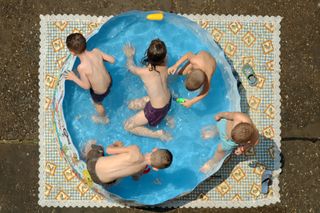 For children under age 5, drowning is a leading cause of accidental death, with rates even surpassing those of traffic accident fatalities in recent years, according to a new report from Centers for Disease Control and Prevention.

Between 1999 and 2010, more than 46,000 people died from drowning in the United States, or more than 10 per day, according to the report. However, drowning death rates have decreased over time for most age groups, the report said.

Children under age 5 still had the highest risk of drowning, with death rates of nearly 3 per 100,000 in 2010. [7 Common Summer Health Concerns]

The new report also found that rates of drowning varied depending on the day of the week. The average daily number of deaths from drowning on weekend days was about 14, and about nine on weekdays.

Drowning is among the top causes of accidental death worldwide, accounting for 7 percent of all injury-related deaths according to the World Health Organization. Factors that are linked to drowning include alcohol use, lack of basic swimming skills, lack of pool barriers to prevent small children from gaining access to the pool area.

Formal swimming lessons have been shown to reduce the risk of drowning among very young children, according to the CDC.