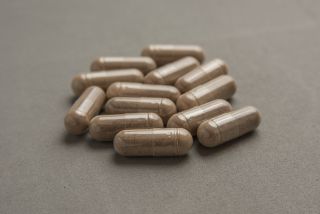 The baby was born healthy in September 2016, but started showing signs of respiratory distress soon after birth, according to the report from the Centers for Disease Control and Prevention (CDC). The baby was taken to the neonatal intensive care unit and was found to be infected with a type of bacteria called group b Streptococcus agalactiae (GBS).

After being treated with an 11-day course of antibiotics, the baby was discharged from the hospital. However, just five days later, the child was brought back to the emergency room because he was fussy. New tests revealed he was positive for the same type of GBS that had previously infected him. The baby was treated with another round of antibiotics and then went home again. [5 Reasons Why Placentas Are Awesome]

The placenta pills tested positive for the same strain of GBS that had infected the baby, the researchers said. Although the CDC scientists couldn't rule out the possibility that other family members had transmitted the bacteria to the baby, the child's infection probably came from the mother, the scientists said. She had high levels of the bacteria in her system, they found, which likely resulted from her taking the placenta pills.

The company that made the pills tests women for common communicable diseases, such as herpes, HIV/AIDS, Lyme disease and syphilis, before making placenta pills. But the company does not test the placental pills for bacteria, such as group b strep, that a woman can become infected with shortly before or after birth.

To make the pills, the company cleaned, sliced, dehydrated and heated the placenta, to between 115 and 160 degrees Fahrenheit(46 and 71 degrees Celsius), then put it into capsule form. It's possible that the placental tissue was not heated to a sufficiently high temperature for long enough to kill the bacteria, the CDC said in a statement about the case. For instance, to kill salmonella, samples must be treated to at least 130 degrees F (54 degrees C) for 121 minutes, the CDC reported.

Though eating the placenta has become a popular trend and is a normal behavior in certain other mammals, there is very little evidence that placenta eating has any health benefits for humans, the CDC noted.

"The bottom line is that there are no human studies that show a benefit to eating the placenta," Cynthia Coyle, a clinical psychologist at Northwestern University Feinberg School of Medicine in Chicago, previously told Live Science.

In addition, placentas have been found to contain toxic elements such as cadmium and selenium, as well as bacteria Coyle said.