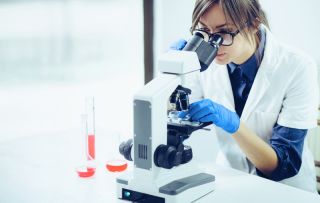 Being attractive is rarely seen as a negative quality, but it can lead people to have less faith in scientists' research, according to a new study.

Researchers in the study showed people photos of actual scientists, and asked the participants to rate the scientists in terms of how competent, moral, sociable and attractive they were. Results showed that the scientists rated as competent and moral, but also judged to be relatively unattractive and unsociable gave stronger impressions as people who did quality research.

"People can form an impression of a person's personality or character or even ability from a few milliseconds of just viewing their face," said Ana Gheorghiu, a Ph.D. student in psychology at the University of Essex in England and lead author of the new research, which was published today (May 22) in the journal Proceedings of the National Academy of Scientists. [7 Thoughts That Are Bad for You]

"I was very surprised that attractiveness could be a negative quality," she said.

That's not to say that being attractive holds no benefit for scientists. The study, which assessed people's response to photos of actual geneticists and physicists, showed that the work of people deemed to be attractive also drew more initial interest.

Snap judgements based on appearances may seem trivial, but they can carry significant implications, Gheorghiu and her co-authors wrote in their findings. This is true particularly as images of scientists become more accessible through video, news reports and social media, the authors said.

"The way scientists are perceived affects how people apply their findings to their own lives, to influence government and science policy," Gheorghiu told Live Science. "That's why it's helpful to know what biases are out there."

To find out what kinds of faces people most associate with being a "good scientist," the team assembled head shots of 600 geneticists and physicists from 400 U.S. and U.K. universities. The researchers then asked more than 3,700 participants to rate each photo according to perceived attractiveness, intelligence and sociability.

The participants were also asked questions like how interested they would be in finding out more about each scientist's research and how much each person looked like someone who conducted "accurate" and "important" research.

The scientists who garnered the most interest in their work had faces that were judged to be competent, moral and attractive, based on the photos.

The take-home message for scientists? Being attractive can be helpful when getting people interested in your work, but not so much if you want people to value your work, the researchers said. More importantly, for scientists, the new study serves as a reminder that when communicating research to the public, perceptions are a factor, the study authors said.

"I think we've taken for granted that the communicator has a tremendous amount of power in politics and business, but we haven't really thought about this in the same way with science," said Amanda Diekman, a psychologist at Miami who studies stereotyping and who was not involved in the new study. "This shows we use the same kinds of cues when evaluating scientists and the work they do."

Of course, human attitudes can change, and a significant factor in people's shifting impressions is how scientists are portrayed in media. [Top 10 Scary Sci-Fi Series]

With the recent influx of scientist-as-hero movies ("The Martian," "Arrival" "Interstellar" and "Hidden Figures"), it's possible that views of what a stereotypical scientist looks like is broadening, Diekman said.

"I think the more representations of scientists in the media, the better," Diekman told Live Science. "Anything that fleshes out the picture of who does scientific work and that shows scientists are real people, I think, is to the good."