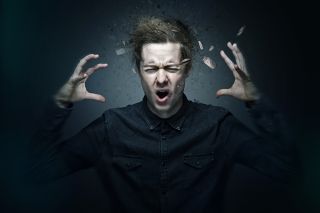 The sound of an object crashing to the ground or the sight of a bright flash of light: These are some of the things that people with a condition called exploding head syndrome can sense, even though the events did not really occur, a new study finds.

Little is known about this startling syndrome, but it does appear to be more common than previously thought, said the study, which was published online April 6 in the journal Cephalalgia.

Despite the condition's name, no actual explosions take place when a person has exploding head syndrome. Rather, the phenomenon is considered to be a "sensory" sleep disorder, according to the study. [Top 11 Spooky Sleep Disorders]

When a person with exploding head syndrome is either falling asleep or waking up, he or she may hear a thunderously loud noise, said study author Brian Sharpless, an associate professor of clinical psychology at Argosy University in Virginia. In a previous study, Sharpless found that about 13.5 percent of people experience the phenomenon at some point during their lives.

Scientists still don't know why this phenomenon occurs, but one of the more popular theories involves a part of the brain called the reticular formation, Sharpless told Live Science. This area, located in the brain stem at the back of a person's head, is responsible for helping a person go to sleep, said Sharpless, who is also the editor of the book "Unusual and Rare Psychological Disorders" (Oxford University Press, 2016).

"Going to sleep is sort of like shutting down a computer," Sharpless said: The brain goes through a series of steps. One of these steps involves "shutting down" the brain cells that are responsible for hearing, called the auditory neurons, he said. But when someone has exploding head syndrome, instead of shutting these neurons down, something could cause them to fire all at once, leading the person to "hear" a sudden, loud noise in his or her head, Sharpless said.

The reticular formation is also thought to play a role in another strange sleep phenomenon called sleep paralysis, Sharpless added. During sleep paralysis, a person wakes up and is unable to move; he or she may report seeing things at the same time.

"Dropping an object from a height"

Although the participants' experiences varied — some had experienced only one episode, while one person reported 150 episodes — the study revealed several commonalities, the researchers said.

For example, the most common type of noise that people reported hearing was the sound of someone "dropping an object from a height," followed by a bang, an explosion and a door slamming, according to the study.

People who experience the phenomenon don't report hearing speech, or anything articulate, Sharpless said. "It's mostly a really loud sound."

Fear and a racing heart were also very common symptoms, according to the study. And just over a quarter of the people in the study reported seeing a flash of light.

Sharpless said he was surprised that 14 percent of the people in the study said they "forgot how to breathe" during an episode of exploding head syndrome, a sensation that the individuals considered extremely frightening.

As scary as the episodes may seem, for the most part, they are painless, the study found. Just a few study participants reported experiencing a mild headache or feeling hot, Sharpless said. Indeed, if a person experiences pain during an episode, that could be a sign of a more serious health condition, Sharpless said.

The name exploding head syndrome was coined in 1986, but the phenomenon has been documented as far as back as the late 1800s, Sharpless said. A doctor in Philadelphia described the experiences as "sensory discharges." Later, in the 1920s, another doctor referred to the phenomenon as "snapping of the brain," Sharpless said.

Even today, the condition is little understood, and some people with exploding head syndrome have mistakenly attributed it to government operatives pointing "directed energy weapons" at their heads, Sharpless said. [Top 10 Conspiracy Theories]

But exploding head syndrome really is the result of something happening in the brain, Sharpless said.

"Sleep is very complicated, and there are a lot of ways it can go wrong," Sharpless said. "This is one of them."