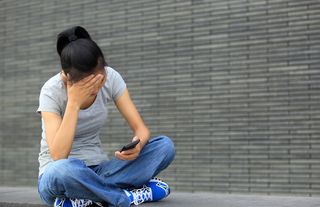 Despite the implementation of major health care reforms in the United States, people with mental health conditions are still finding it difficult to get the health care services they need, a new study suggests.

Moreover, the research suggests that there is a large and growing population of people with mental illness who are trying to get the medical help they need for either a physical problem or a mental health problem, but can't, Weissman said.

Such frequent changes can disrupt treatment plans and relationships with health professionals, and prevent people from feeling better, Weissman said. Moreover, people with mental health conditions may turn to primary care physicians for help, but these doctors may not have the appropriate training to treat people with mental health conditions, she added.

In the study, the researchers looked at data from the National Health Interview Survey, a yearly survey conducted by the Centers for Disease Control and Prevention to evaluate the health of Americans. They analyzed data from more than 200,000 adults ages 18 to 64 collected over a nine-year period, from 2006 to 2014.

According to the findings, an estimated 3.2 percent of adults in the United States experienced "serious psychological distress" per year, on average, during the study period. In addition, the overall the rate of people affected by mental illness trended upward over the later years of the study, the researchers found. The 3.2 percent estimate is likely a low estimate of the prevalence of mental illness because the CDC survey does not include people who are homeless or institutionalized, the researchers noted.

The researchers did not look into the specific reasons why adults with mental illness were facing more barriers to health care, but Weissman speculated on some possibilities.

First, there are not enough mental health care providers, especially in rural areas, thus making it hard to obtain necessary care, she said. In addition, unlike physical health problems, mental illness still has a stigma attached to it, leading people to self-medicate their emotional distress by smoking or drinking, Weissman noted.

To improve health care access for people with mental illness, there need to be more links between primary care providers and mental health professionals in the community, Weissman suggested.