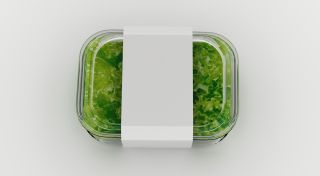 It was not the salad mix they had in mind: Two people in Florida found a dead bat in their container of salad greens.

The people ate some of the salad from the package before finding the bat, according to a statement about the case from the Centers for Disease Control and Prevention (CDC). Bats can carry the rabies virus, but the CDC noted that it is "extremely uncommon" to get rabies from eating an animal with the disease. Researchers tested the bat for rabies; however, the CDC couldn't definitively rule out rabies because of the bat's "deteriorated condition."

To be safe, the CDC recommended that the people get treated for rabies. Currently, both people are in good health and showing no signs of the disease, the CDC said. [9 Disgusting Things That the FDA Allows in Your Food]

Fresh Express, the company that made the salad, swiftly issued a recall of the specific salad product, the Organic Marketside Spring Mix. The mix was being sold at Walmart stores in the southeastern U.S. and has been pulled from the shelves, according to a statement released by Fresh Express on April 8.

But the question remains: How does a bat get into a packaged salad?

"It's possible that the mechanical harvesting could pick something like this up," said Ben Chapman, a food safety specialist and an associate professor at North Carolina State University. Instead of handpicking individual plants, large food companies use mechanical harvesters that are driven through the fields, scooping up the produce in their paths.

It's possible for a small animal to be picked up during mechanical harvesting, and then make it through the company's quality control steps, Chapman told Live Science.

After harvesting, the produce is washed, sorted and dried on large conveyer belts, Chapman said. "It doesn't surprise me that small animals make it through this process," Chapman said, but added that "these events seem really rare."

Fresh Express, the company that sold the packaged salads, said in a statement that they have "a range of stringent controls in place during growing and harvesting" that can help prevent animals from getting caught up in the process. They also said that the produce is thoroughly washed and filtered, and visual inspections are used to eliminate "unwanted debris."

Chapman noted that for companies who experience an event like this, it's a good step to revisit the quality-control process to determine what went wrong and how to prevent it in the future.

In addition, when something like this happens, it's smart to recall the entire batch of the contaminated food, because there's always the potential for cross-contamination, Chapman said. Animals and their feces may contain germs that can make people sick, he said. One type of bat, called the fruit bat, has been shown to carry Salmonella, he said.

This isn't the first time an unwanted animal has made its way into a food product, Chapman added. Frogs, birds and rats have also been found in salads, he said.