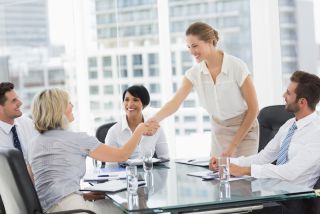 The study hints at how cooperation might have evolved over the alternative strategy of dog-eat-dog pursuit of self-interest, lead author Zhen Wang, a researcher at Northwestern Polytechnical University in Xi'an, China, said in a statement.

The research might also hold clues on how to promote cooperation online and among large groups of strangers, the study researchers said. [No 'I' in Team: 5 Cooperation Findings from Science]

Lifting the veil of anonymity

The study, published today (March 29) in the journal Science Advances, focused on a classic game called the prisoner's dilemma. Imagine a pair of criminals held in separate jail cells. The police tell each prisoner that if one testifies against the other, a reduced sentence will be the reward. If neither turns on the other, both will go free, meaning cooperation is the most beneficial strategy. But if one turns and the other doesn't, the one who didn't snitch will receive a harsh sentence. That means that cooperation is also risky: If one criminal is trusting and the other self-interested, the trusting one will lose out.

Wang, along with researchers from Japan, set up an experiment in which 154 university students in Yunnan, China, played a version of the prisoner's dilemma game with one another. But the researchers also assigned each player points based on the player's cooperative or self-interested strategies, and these points could later be exchanged for real money. In an added twist, players could punish one another for uncooperative behavior by paying one of their points to take away four of their fellow players' points.

In some cases, the students played in complete anonymity. In others, they were told each other's real names.

The students in the study all went to the same school and shared classes together, so knowing the name of their fellow "prisoner" meant that they could put faces to the people they were playing with.

"We found that when participants knew each other, this significantly increased the frequency of cooperation," study author Marko Jusup of Hokkaido University in Japan said in a statement. "This paid out very well for all."

The researchers couldn't directly study why knowing a person's name might be all it took in some cases to boost cooperation. They did find that in the anonymous games, even players who started out cooperative tended to become more anti-social over multiple rounds, retaliating against each other with punishments more frequently, for example. In contrast, in the games in which players had some sense of the other's identity, they were more likely to repair their relationship even when they started out on an uncooperative footing. [10 Things That Make Humans Special]

The findings mesh with previous research that finds that people are more likely to run roughshod over others when they are anonymous, but when people are successful but don't have a cloak of anonymity to hide behind, they tend to be more pro-social, the researchers wrote.

Further research might investigate whether total strangers who know only each other's names or have met for just a few moments might be more cooperative than totally anonymous players as well, the researchers wrote. Cultural differences and the ages and genders of the participants might also make a difference in the players' likelihood of acting cooperatively, they wrote.