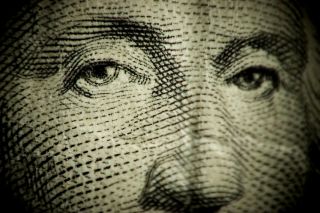 Humans are often torn between selfish and social impulses. Sometimes when we make a decision in our own self-interest, we feel guilty for putting ourselves before others. But new research suggests we can clear our conscience if we feel like a selfish outcome has been decided for us.

"Often people really want to act in a selfish manner," researcher Jonathan Berman, of the University of Pennsylvania's Wharton School, said in a statement. "But they don't do so, because they know they would feel selfish if they did."

Berman and another Wharton researcher Deborah Small showed in their study that taking away the burden of responsibility for an outcome allows individuals to enjoy a self-interested outcome without feeling selfish.

In the first experiment in the study, which was published this month in the journal Psychological Science, 216 undergraduates were each given a bonus of $3 as soon as they arrived to participate. Some were instructed to give their bonus to the non-profit charity UNICEF, while others were told to keep it and another group was told that they could choose what to do with the money.

In another experiment, the researchers manipulated the students' sense of agency. All the undergrads were asked to say whether they would rather keep or donate the bonus money. One half of that group was told they would get their preference, while the other half was told a computer would choose whether they would keep or donate the money. But the experiment was rigged so that in reality, all participants got their stated preference.

Even though the imposing a selfish outcome made the students happier, people like the idea of having a choice, the researchers found. Another group of undergrads was asked which hypothetical condition they would prefer: an imposed self-interested outcome, an imposed charity donation or a choice. The researchers found 63.6 percent said that they wanted a choice.