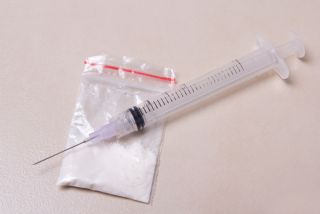 Heroin use is on the rise, particularly among white adults, a new study finds.

The findings suggest that an estimated 1.1 million Americans developed a heroin-use disorder over the study period, according to the study, published today (March 29) in the journal JAMA Psychiatry.

"Heroin is an urgent concern in the United States," with risks from the drug including overdoses, death, infectious diseases and harm to social relationships, the researchers, led by Dr. Silvia Martins, an associate professor of epidemiology at the Mailman School of Public Health at Columbia University in New York City, wrote in the study. [America's Opioid-Use Epidemic: 5 Startling Facts]

In the study, the researchers looked at two years of data — 2001 to 2002 and 2012 to 2013 — taken from a national survey called the National Epidemiologic Survey on Alcohol and Related Conditions (NESARC). A total of nearly 80,000 adults participated in the surveys.

The NESARC survey is not a questionnaire that participants fill out; rather, researchers interviewed the participants in person. The survey included questions about whether a participant had ever used heroin in his or her life, as well as questions that assessed whether an individual had a heroin-use disorder, according to the study. A heroin-use disorder means that a person is unable to stop using the drug even if he or she would like to, and the drug interferes with the person's life and social functioning.

"Because the effects of heroin seem so similar to widely available prescription opioids, heroin use appears to have become more socially acceptable among suburban and rural whites," Martins said in a statement.