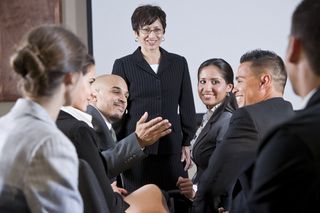 Sometimes "you" doesn't mean "you," a new study finds.

Instead, in these instances, people say "you" to make it easier to talk about a negative experience, according to the study. In this sense, the word "you" can, somewhat obliquely, mean "me."

For example, people may say, "you win some, you lose some," when they have just failed at a task, but by using "you" instead of "I," they communicate that failure can happen to anyone, not just that individual, the study said.

The findings show that people sometimes use the word "you" when in fact they are reflecting on their own lives, the researchers wrote in their study, published Thursday (March 23) in the journal Science. The study included nearly 2,500 people who were asked to write about personal experiences and answer questions. [10 Things You Didn't Know About You]

People sometimes use "you" to mean "anyone," or to refer to people in general, rather than the specific audience being addressed, the study said. The researchers referred to this usage as the "generic-you."

When a person says, for example, "Are you free for lunch tomorrow?" the question refers to a specific person, the researchers wrote. But making a statement like "you win some, you lose some" is an example of a "generic-you," according to the study.

In the study, the researchers conducted a series of nine experiments, focusing on why people use this form of you. Results showed that the "generic-you" helps people cope with negative experiences, the study said.

"When people use 'you' to make meaning from negative experiences, it allows them to 'normalize' the experience and reflect on it from a distance," lead study author Ariana Orvell, a doctoral student in psychology at the University of Michigan, said in a statement.

Another example is the statement, "when you are angry, you say and do things that you will mostly likely regret," Orvell said. When someone makes this statement, it "might actually explain a personal situation, but the individual attempts to make it into something many people relate to," Orvell said.

For one of the experiments in the study, the researchers hypothesized that people would use the generic-you to reflect on negative experiences. To test this hypothesis, one group of participants was asked to write about a negative personal experience and another group was asked to write about a neutral personal experience. The people in the negative group used the generic-you more in their responses than the people in the neutral group, according to the study.

In a follow-up question, the researchers asked participants to report how much "psychological distance" they felt from the negative situation that they had written about. The researchers found that the people who used "you" said they felt further away from the event, or less affected by it emotionally, than those who used "I."

In addition, because the word "you" stands in opposition to the word "I," it gives people an opportunity to distance themselves emotionally from their experiences, the researchers wrote.