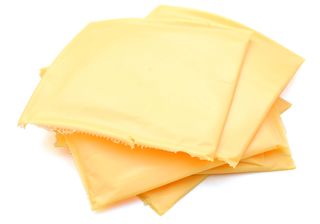 Any way you slice it, cheese is considered by many to be a favorite food, whether cut into cubes as a snack, grated over pasta, layered in a sandwich or melted as a topping for pizza.

This beloved dairy treat can transform easily from a solid to a gooey liquid and back to a solid again. So it should come as no surprise that cheese is also a candidate for experiments with food and 3D printers. These projects involve squeezing a gel, paste or semiliquid material through a nozzle to shape it into a solid — and edible — object.

In a recent study, scientists 3D-printed cheese and conducted a series of tests evaluating its texture, resilience and "meltability," to see how this cheese from the future would stack up — on a structural level — against regular processed cheese. [3D Printing Cheese for Science | Video]

The inspiration for the researchers' investigation was a question posed by a cheese manufacturer, who wondered how cheese might be used as a raw material in kitchens that are likely to be equipped with 3D printers in the not-so-distant future, study co-author Alan Kelly, a professor in the School of Food and Nutritional Sciences at University College Cork in Ireland, told Live Science in an email.

Kelly was familiar with 3D printing and had studied cheese and dairy projects for 20 years, but this was the first time he'd thought to bring the two together, he said.

"It was a very speculative question which made me very curious," Kelly said. "We actually started by trying lots of cheese types, but found processed cheese to work best."

Processed cheese is produced using techniques that 3D printing mimics very closely —mixing ingredients and molding them into a new shape. And 3D-printing cheese could provide valuable insight for engineers who are still developing materials for 3D printing, which need to be fluid enough to flow through a nozzle but also capable of settling into "a buildable shape and structure," Kelly explained.

Cheese that was 3D printed was 45 percent to 49 percent softer than the untreated processed cheese, the study authors found. They also discovered that 3D-printed cheese was a little darker in color, a bit springier and more fluid when melted, though it melted at approximately the same temperature as untreated cheese, according to the study.

Now that the 3D-printed cheese hurdle has been cleared, Kelly and his colleagues are testing other types of dairy products that can be 3D-printed.

"We are using mixtures of milk proteins at present to build a product, perhaps a high-protein snack, from the basics up, and designing recipes which might work best for [a] 3D printer," Kelly said. "We are pretty early on to generalize about different food systems, but that makes printing really exciting, as there is enormous potential to explore and innovate."

Innovation and exploration aside, what does 3D-printed cheese taste like? Alas, the samples were too small for detailed sensory analysis, so that question remains unanswered until it can be addressed in future studies, Kelly said.

"But we don't expect any changes in taste," he told Live Science.

The findings were published online Feb. 8 in the Journal of Food Engineering.