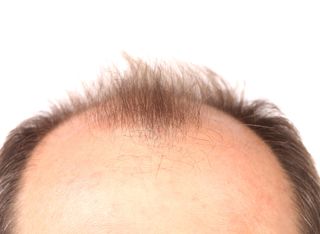 Young men who take drugs to treat hair loss or an enlarged prostate may experience an unwanted side effect — erectile dysfunction — and the problem can persist long after these men stop taking the drugs, a new study finds.

Men under age 42 in the study who took one of these drugs for more than 205 days were nearly five times more likely to have long-term erectile dysfunction than men who took the drug for less than 205 days, according to the study.

One of the drugs in the study was finasteride, which is sold under the brand names Propecia and Proscar. Finasteride affects how cells make testosterone; it may be taken for hair growth or to shrink the prostate. [7 Surprising Reasons for Erectile Dysfunction]

The other drug, dutasteride, is taken to shrink an enlarged prostate. It is sold under the brand name Avodart and is one of the drugs in the medication Jalyn.

The new findings linking these drugs to debilitating sexual dysfunction should be of particular interest to prescribers and patients, senior study author Dr. Steven Belknap, a research assistant professor of dermatology at Northwestern University Feinberg School of Medicine in Chicago, said in a statement.

In the new study, which was published today (March 9) in the journal PeerJ, the researchers looked at data on more than 12,000 men in the Northwestern Medicine Enterprise Data Warehouse, a database of medical records for patients treated at Northwestern Medicine. They focused on men ages 16 to 89 who had been prescribed one of the drugs at least once from 1992 to 2013.

The researchers looked at the both the dosage of the drugs that the men were prescribed and the length of time they took the medications. In addition, they looked for any diagnoses of sexual dysfunction, such as low libido, erectile dysfunction and persistent erectile dysfunction.

Results showed that 167 of the men (1.4 percent) who took either finasteride or dutasteride developed erectile dysfunction that lasted for a median of about three and a half years after they stopped taking the drug.

In men ages 16 to 42, the length of time that the men took either of the drugs was a better predictor of their risk of persistent erectile dysfunction than other factors, such as the dosage of the drug, the researchers found. That length of time was also a better predictor than other medical conditions that have been linked with erectile dysfunction, such diabetes or hypertension according to the study. Among the men in this age group who developed erectile dysfunction after taking the drugs, the median duration of their ED was about four years, the researchers found.

Both finasteride and dutasteride work by blocking the conversion of the hormone testosterone into its more active form, 5-alpha-dihydrotestosterone (DHT). DHT can contribute to male pattern baldness because it dampens another chemical signal in the body that fuels hair-cell growth.

In a meta-analysis published in 2015 in the journal JAMA Dermatology, the same group of researchers found there was not enough evidence to establish that finasteride was safe to take for hair-loss treatment in men.