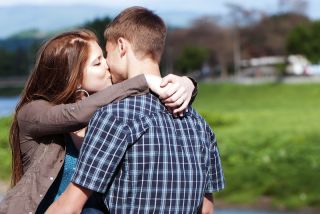 Sex problems do not only affect middle age and older people — teens and young adults have difficulties with sex too, a new study from Canada shows.

Researchers asked 114 boys and 144 girls ages 16 to 21 about their sex lives, using online questionnaires that assess sexual functioning; for example, problems with erection, ejaculation or sexual desire. The study included only boys and girls who were sexually active, out of 411 people in that age range who initially responded to the survey.

The rate of sexual problems were similar among boys and girls, according to the study published Jan. 12 in the Journal of Sexual Medicine. [7 Surprising Reasons for Erectile Dysfunction]

"Sexual problems are clearly prevalent among adolescents, and distressing to many who experience them," the researchers wrote in their study.

Most studies of adolescents' sexual health have looked at issues such as sexually transmitted infections and unwanted pregnancies, but little is known about teenagers' sexual problems, the researchers said.

"Adolescents need to be provided with youth-friendly information about how to deal with sexual problems," they said.

In the study, the average number of partners that participants reported having had sexual experiences with since age 14 was about five. Most teenagers began having sex at age 16.

Among boys, about 53 percent reported symptoms that suggested a sexual problem. About 16 percent had mild or moderate erectile dysfunction and about 24 percent had low sexual desire.

About 43 percent of girls in the study had a score suggesting a sexual dysfunction. Low sexual desire and difficulty reaching orgasm were the most common problem among girls. Orgasm complaints were more common among the 16- and 17-year-old girls in the study than the 20- and 21-year-olds.

The researchers noted that for many adults with sexual dysfunction, the problems begin in adolescence. However, cultural barriers and poor communication between parents and teenagers likely leaves many teens poorly educated about how to identify and seek help for such problems, the researchers said.

It is possible that the way men and women are socialized plays a role.

"There appears to be a nearly universal sexual double standard that gives men greater sexual freedom and rights of sexual determination, yet men report considerable pressure from these expectations to perform sexually," the researchers said.

Such gender-role "socialization may have a greater impact on adolescents than on adults," they said.