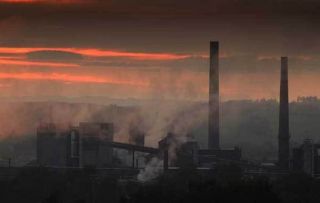 More than a quarter of deaths in children under age 5 worldwide are tied to polluted environments, such as contaminated water and smoggy air, according to a new report.

The report, from the World Health Organization (WHO), found that each year, 1.7 million children under age 5 die from causes attributable to polluted environments. That's about 26 percent of all childhood deaths in that age group in 2012.

"A polluted environment is a deadly one — particularly for young children," Dr. Margaret Chan, the director-general of WHO, said in a statement. "Their developing organs and immune systems, and smaller bodies and airways, make them especially vulnerable to dirty air and water."

For their body size, children consume more food, drink more water and breathe a greater volume of air than adults, WHO said. In addition, children are more likely to play outdoors and put their hands and other objects in their mouths, and this also increases their exposure to environmental hazards, WHO added.

The report estimated that in 2012:

"Investing in the removal of environmental risks to health, such as [by] improving water quality or using cleaner fuels, will result in massive health benefits," said Dr. Maria Neira, the director of WHO's Department of Public Health, Environmental and Social Determinants of Health.

For example, WHO estimated that a 75 percent reduction in smoke from household cook stoves could reduce cases of child pneumonia by up to 46 percent in certain settings. Interventions to increase access to safe drinking water and improve sanitation and hygiene could reduce diarrheal morbidity in children by up to 45 percent, the organization said.

Government agencies could also work together to improve hygiene at health facilities where women give birth, increase the availability of public transportation to reduce emissions from vehicles and better manage hazardous waste to reduce exposure to harmful chemicals, WHO said.