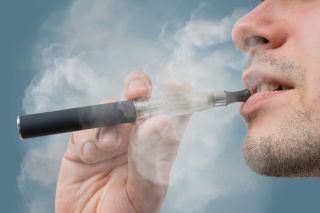 The findings could have important implications for public health, as they could help guide initiatives seeking to discourage e-cigarette use, the researchers said.

Although scientists have previously looked at why people choose to use e-cigarettes, the researchers of the new study noted that the surveys used in past research typically limited the participants' responses. [4 Myths About E-Cigarettes]

For example, surveys may have included a series of yes-or-no questions, or multiple-choice questions, and didn't allow respondents to answer in their own words, the researchers wrote in the study, which was published today (March 1) in the journal PLOS ONE.

"What if we could listen in to what people are naturally saying about e-cigarettes to their friends rather than [to] a surveyor?" lead study author John Ayers, a public health researcher at San Diego State University, said in a statement.

In the 2012 to 2015 study, they analyzed more than 3 million public tweets about e-cigarettes. Tweets that were initially included in the study contained words or phrases such as "electronic cigarette," "electronic cig," e-cig," "vape" and others.

These tweets were then narrowed down to only include those referring to using e-cigs; for example, tweets such as "I have an electronic cig and it's helping me quit" were included, but tweets such as "I just saw someone vaping" were excluded.

Finally, the researchers categorized the tweets based on the person's reason for vaping. They ended up with a total of seven major reasons: low cost, flavor choices, safe to use, can use indoors, favorable odor, quitting regular cigarettes and social image.

The researchers noted that their findings were supported by previous research and anecdotal evidence.

At the same time, e-cig marketing has increasingly focused on social image, the researchers wrote. This supports the finding that social image has increased as a reason cited for use, they said.