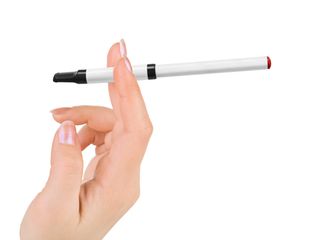 Smokers who wish to quit commonly use electronic cigarettes to help them, despite the lack of evidence that the devices work, a new study finds.

E-cigarettes are battery-powered devices that deliver vaporized nicotine, but they don't contain tobacco or don't produce smoke. Although they might seem like a good nicotine replacement method among smokers who wish to quit, little is known about their safety in the long-term, including how well they might work in helping people to quit, according to the researchers.

The high rate of e-cigarette use seen among study participants shows the importance of addressing these questions about these devices, the researchers said.

E-cigarettes might help people quit or cut down on real cigarettes, but well-designed clinical trials are needed to determine whether this is true, said study researcher Katrina Vickerman, a program evaluator at Alere Wellbeing, a company that offers services to corporations to help employees improve their health.

The researchers looked at about 2,500 people who called smoking cessation hotlines, and followed up with them seven months later. Among the participants, 30 percent reported using e-cigarettes at some point during the seven-month study, and about 9 percent were frequently using them at the time of the follow-up.

Vickerman said there could be many factors that may affect a person's decision to try e-cigarettes.

"It may be that callers who had struggled to quit in the past were more likely to try e-cigarettes as a new method to help them quit," she said. "These callers may have had a more difficult time quitting, regardless of their e-cigarette use."

The study found that the most commonly reported reason for using e-cigarettes was to quit or cut down on tobacco, suggesting that many smokers believe that switching to e-cigarettes may help them quit.

Nevertheless, use of the devices seems to be growing: About one in five adult cigarette smokers had used electronic cigarettes by 2011, up from about one in 10 in 2010, according to statistics from the Centers for Disease Control and Prevention.

While critics say that long-term effects of inhaling nicotine vapor are unclear, proponents of e-cigarettes say they help control nicotine cravings, while avoiding the harmful aspects of smoking tobacco.

Studies have shown levels of chemicals detected in e-cigarettes' vapor are 1,000 times lower than in tobacco smoke, said Dr. Michael Siegel, a professor of community health sciences at the Boston University School of Public Health.

"If all the other methods have failed for an individual, it’s a disservice not to offer this other alternative," Siegel said, regarding whether state quitting programs should offer e-cigarettes to smokers who want to quit.

The new study was published online May 8 in the journal Nicotine and Tobacco Research.