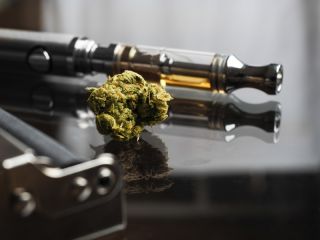 A New York teenager who died from a vaping-related lung illness appears to be the youngest victim in an outbreak that has sickened more than 1,000 people, according to news reports.

The 17-year-old, who lived in the Bronx, was hospitalized twice last month with a vaping-related lung illness, according to the New York Times. He died on Oct. 4.

So far, the outbreak, which began in July, has sickened 1,080 people in 48 states, according to the latest information from the Centers for Disease Control and Prevention (CDC).

As of Oct. 1, 18 deaths were linked with the outbreak, with the youngest death occurring in a 27-year-old, according to the CDC. Since then, at least five more deaths have occurred, but other than the Bronx teenager, they have all been among adults, the New York Times reported.

In addition, the Utah Department of Health recently announced the death of a resident "under the age of 30" from a vaping-related lung illness.

Officials believe a "chemical exposure" is likely behind these illnesses, Live Science previously reported. But it's still unclear what chemicals or contaminants are to blame. Recently, the CDC said that THC-containing products may play an important role in these illnesses, with more than three-quarters of patients nationwide reporting use of vaping products containing THC, the active ingredient in marijuana.

And a report published last week concluded that these illnesses are most likely due to toxic chemical fumes produced from vaping, with these fumes directly damaging the smokers' lungs.

Symptoms of the vaping-related lung illnesses include shortness of breath, cough and chest pain, and in some cases, nausea, vomiting, fever and weight loss after vaping.

The CDC is scheduled to release an update on the outbreak tomorrow (Oct. 10).