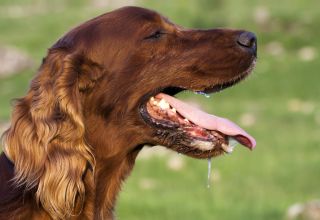 A cream used to treat skin cancer and abnormal skin lesions can be lethal for pets, the Food and Drug Administration (FDA) warned today.

The agency said the medication, called fluorouracil, can make pets sick, and even kill them in some cases.

"People using this medication should use care when applying and storing the medication if they are also in a household with pets, as even very small amounts could be dangerous to these animals," the FDA said in a statement.

The warning comes after the agency received reports of five dogs that became ill after eating the cream. In one case, two dogs were playing with a tube of fluorouracil when one of the animals punctured the tube. That dog soon began vomiting and experiencing seizures, and died 12 hours later, the FDA said.

In another case, a dog found a tube of its owner's cream and ingested the medication. Although the owner immediately took the dog to the veterinarian, the dog's health declined over the next several days, and the animal was eventually euthanized, the statement said. [7 Surprising Health Benefits of Dog Ownership]

So far, the FDA has not received any reports of pet cats getting sick from fluorouracil, but the agency warned that cats are expected to be very sensitive to the cream.

"If an owner applies fluorouracil cream to an afflicted area and touches their cat, the cat may accidentally ingest the medication when grooming itself and suffer adverse events," the statement said.

To protect pets from ingesting the cream, the FDA recommended that owners keep the medication out of reach of pets. Owners of pets should also safely discard or clean any applicator used to apply the medication and avoid leaving residue of the cream on their hands, clothes, carpet or furniture, the agency said. [These 7 Foods Cause the Most Pet Deaths]

Pharmacists who fill prescriptions for fluorouracil should also advise patients about the risk to pets, the FDA said. And if a pet does ingest the cream, owners should consult their veterinarians immediately, the agency said.

Fluorouracil is sold under the brand names Carac, Efudex and Fluoroplex. It is prescribed to treat a type of skin cancer called basal cell carcinoma, as well as precancerous skin lesions that arise from years of exposure to the sun, according to the National Institutes of Health.