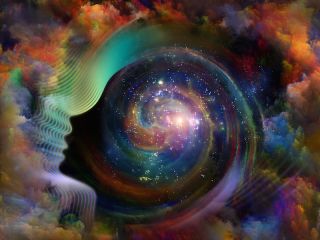 Does your "self" actually exist, and if so, what is it?
(Image: © agsandrew | Shutterstock.com)

Robert Lawrence Kuhn is the creator, writer and host of "Closer to Truth," a public television series and online resource that features the world's leading thinkers exploring humanity's deepest questions. This essay, the final of a four-part series on the Self, is based on "Closer to Truth" episodes and videos, produced and directed by Peter Getzels and streamed at closertotruth.com. Kuhn contributed it to Live Science's Expert Voices.

Below is Part IV of a four-part series on the self. Part I: Is Your 'Self' Just an Illusion?;  Part II: Can Your 'Self' Survive Death?; and Part III: Does Your 'Self' Have a Soul?

After speaking with multiple philosophers about the realm of possibilities that could explicate, enhance or eliminate the "self," I am able to sum up this broad, yet well-sculpted landscape with 10 possible explanations.

At one extreme, the self is just a made-up construct that arises from our complex brains interacting with its environment.

At the other extreme, you have or are a "self," and though science may not be able to prove it, something strange — perhaps something nonphysical or supernatural — is going on that points to the existence of a "thing" — let's call it a spirit or a soul — that goes beyond the physical realm and could even survive the death of your fleshy body. [10 Phenomena That Science Can't Explain]

I confessed to British philosopher Colin McGinn that the more I try to explain the self, the more I'm pushed to opposite extremes.

McGinn agreed. "We seem to be driven toward the supernatural, irreducibility view to avoid the eliminative view where there isn't any such thing as the self. You can oscillate from one to the other," he recognized, then reminded me, "They can't both be true, of course. The reason you feel that you have the irreducible ego, the transcendent thing that can survive death, or you eliminate the self altogether, is because you just don't know what the self is."

[All quotes are derived from "Closer to Truth."]

Philosopher John Searle of the University of California, Berkeley, asked, "How is it possible to explain behavior without giving causally sufficient conditions?"

He continued, "I can tell whom I voted for in the last election and give my reasons. But they don't determine my vote. I could have had those reasons and still have voted for the other guy. It was up to me. But how is that intelligible? I think you can make sense of that only if you suppose that there is a self that makes a reason effective by deciding to act on it. Now, that's not a 'substantive self' because there is no experience of the self. But, in order to make sense of rational conscious behavior you have to postulate a point from which that behavior comes."

I am intrigued by the radical diversity of views of the self, and I am eager to organize them into a kind of taxonomy, which I call "The Self Landscape." This taxonomy type of thinking helps me to understand complex concepts: First, I lay out a spectrum of possibilities, then I categorize them, and then see how they articulate, or connect to each other. My objective here is not so bold as to try to answer the deep question of your "self," but rather to try to give confidence that whatever that answer may be, it is included somewhere in The Self Landscape. Such inclusion is not trivial; one must work to embed all (rational) possibilities. [The 10 Biggest Mysteries of the Mind]

My claim, which should be uncontroversial, is that there is a direct relationship between the nature of self and the cause of consciousness — because the self, in essence, is a kind of higher-order consciousness.

In this "landscape," I have come up with 10 categories of possible explanations for your "self":

1. Illusion: The self is not real; it is an artificial construct of competing neural systems seeking to make sense of myriad streams of inner information — a trick of the brain.

2. Phenomenal subjectivity:The self is real in that the subject has authentic felt experiences that compose a coherent whole, but the self remains the product of brain neurophysiology and neurochemistry functioning much as we know it (with nothing else needed, certainly nothing exotic).

3. Patterns of information:The self is a highly complex, highly particular array of properties and relationships that can be expressed in some kind of formalized manner (perhaps featuring causal connections and perhaps reproducible beyond biological brains in artificial brains — meaning the self could be uploaded into a nonbiological substrate).

4. Weak emergence:The self is the product of interacting brain mechanisms, both at the microscopic neuronal level and at the macroscopic brain systems level. Given future neuroscience, eventually the self will be predictable from the brain alone; in other words, brain activity alone could still explain the self entirely.

6. Existential unity: The self is an existentially unified whole in that its parts are incapable of separate existence, and that successive mental states of the same self are inextricably bound through some kind of deep coherence (perhaps quantum-based, perhaps something else — but still of a kind that could count as "physical").

8. Nonphysical local consciousness:The self, in part, is independent of the physical world/body/brain and requires some kind of nonphysical essence — perhaps a new nonphysical feature of reality and perhaps accessible via parapsychology/ESP.

9. Nonphysical god-created consciousness:The self is what the creator designed to be the essence of human beings (and perhaps of other beings as well) by using a kind of nonphysical substance — a "soul" or "spirit" (whose properties remain in interminable dispute). This soul/spirit can be either a required component of consciousness that complements the brain or an independent nonphysical, concrete existing thing that is inherently conscious and uses or manipulates the brain.

While Nos. 8 and 9 both require nonphysical components to generate a self, each could work in two distinct ways. In the more modest explanation, this nonphysical component would combine with a brain so that the resulting entity actualizes a self. The second, more radical process would require that the nonphysical component is itself a self, the brain being a mere mechanism or vehicle — the analogy being "self/brain = driver/car" (or pejoratively, "the ghost in the machine"). (In Category 10, everything is derived from consciousness anyway, so it hardly matters.)

Some philosophers speak of "the embodied mind" (where a body is essential for the inner, reflective dimension of human experience) or "the extended mind" (where parts of the environment outside the body — such as your smartphone — become an integral part of your mind in an "active externalism"). But either concept, even if necessary for a robust sense of self, would not be sufficient for the self and would still require one of the categories to become a full theory of "self."

I've tried to be universally exhaustive, but cannot manage to be mutually exclusive. Some categories can overlap. For example — hypothetically — any of the "nonphysical consciousness" categories (Nos. 8,9,10) can work via "patterns of information" (3) or "strong emergence" (5). Moreover, a "nonphysical consciousness," if such exists, could provide a required "existential unity" (6) by linking their parts at every moment in time and their successive states through time.

Which category do I like? I hesitate to offer a personal opinion for two reasons: My objective is to describe "The Self Landscape," not push a preference; and frankly, I have limited confidence in my own surmising. I guess I'd hope that either "nonphysical local or god-created consciousness" (8 or 9) takes the prize. (Why not? It'd be the only chance to avoid self-extinction.)

There were times I thought that some kind of nonphysical component was necessary to transform the human brain into the human mind, probably via some kind of patterns-of-information scheme. (I've wavered on this and still I'm bothered.) But I've never felt comfortable with "immortal souls" (shouldn't there be more than what's claimed as evidence?); and I'm too much of an old neuroscientist-realist to accept the only-mind-exists idealism of cosmic consciousness. Moreover, the eternal dilution of my precious drop of personal identity into an endless ocean of infinite cosmic consciousness has scant appeal.

For a moment, arraying "The Self Landscape" boosts my confidence that I've gotten my conceptual arms around all the fuzzy, fighting ways that the self can conceivably be. The happy moment does not last. Almost immediately, I recall the obvious limitations and distortions of human perception and reference frame. After all, we can never leave the "self" to examine the "self."

I have a final question. Is the self accidental or inevitability — accidental in that replay the epic of evolution and the self is unlikely to appear again or inevitable in that there is some deep universal trophism such that all roads lead to self?

You may remember my 100-year-old mom from Part I ("Is the Self Just an Illusion?"). I am sitting with her. We are drumming our hands on a child's desk, copying each other's rhythms, alternating with shaking our fists in each other's faces in playful, syncopated communication. She is viscerally irritated at her diminished capacity to convert ideas in her mind into words in her mouth.

We had been quite unsure whether she'd make her centennial, long her insisted goal. Numerous falls and emergency room visits, exacerbated by harrowing periods of little food or drink, kept us on edge. Twice, assuming the end, I was called home from overseas.

The other day, after watching her consume two large chocolate cookies, her compassionate hospice team informed me, with some consternation, that Medicare rules might require my mom to "graduate" out of hospice. Not for very long, of course, but to be now a source of concern for hospice remuneration made her smile.

Mom, I sense, is more a trapped self than an impaired self, annoyed by the ravages of age, fighting for every moment of sentient existence. For sure, a self.

Kuhn is co-editor, with John Leslie, of "The Mystery of Existence: Why Is There Anything at All?" (Wiley-Blackwell, 2013). Read more of Kuhn's essays on Kuhn's Space.com Expert Voices landing page.