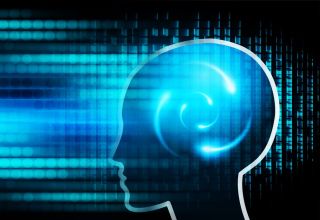 Could your "self" be uploaded into an artificial, nonbiological brain?
(Image: © Titima Ongkantong / Shutterstock.com)

Robert Lawrence Kuhn is the creator, writer and host of "Closer to Truth," a public television series and online resource that features the world's leading thinkers exploring humanity's deepest questions. This essay, the second of a four-part series on the Self, is based on "Closer to Truth" episodes and videos, produced and directed by Peter Getzels and streamed at closertotruth.com. Kuhn contributed it to Live Science's Expert Voices.

Below is Part II of a four-part series on the self. In Part I, Kuhn explores the mysteries of the self and wonders whether the self is an illusion.  SELF I: Is Your 'Self' Just an Illusion?

Does the self really exist?

The answer depends on what you mean by self and on the expert with whom you speak. Some philosophers suggest there is no such thing as a self, while others consider a self to be a collection of experiences, memories and personality traits. Still others suggest persisting patterns of information represent the self. And while these definitions require a brain, some people suggest the self transcends the physical realm and instead is or involves some sort of nonphysical, spiritual or cosmic consciousness.

Such contrasting views and thoughts on self do not converge. But let's not stop there. What do these musings on the self mean for death, the demise of the body and the destruction of the brain? Can the self survive? And could your self be uploaded into another brain, even a nonbiological one? [Why You Forget: 5 Strange Facts About Memory]

(All quotes are derived from my TV show "Closer to Truth.")

University of Notre Dame philosopher Peter van Inwagen contrasts "myself" and "my self."

Galen Strawson, a philosopher at the University of Texas at Austin and the author of the book "Selves: An Essay in Revisionary Metaphysics" (Oxford University Press, 2011), has identified about 50 different uses of the word self. He constructs two categories: "metaphysical selves: what selves are, how long they last," and "experiential selves: how long you feel they last."

"What are the core characteristics of self?" Strawson asks. "First and foremost, you're a subject of experience. You engage in mental activity, and you've got to be in some way single or unified, although that doesn't mean you can't be conflicted. You're some sort of entity. That's vague, but you're not just a property. A self isn't just a property of a human being. It belongs in the category of a 'thing.'" [10 of the Biggest Mysteries of the Mind]

University of Colorado philosopher Michael Tooley argues that a real self is "a matter of causal connection. It doesn't have to be a direct connection for me now to me in the past. It's continuity of things like memory, personality traits, basic beliefs, fundamental attitudes and desires, and so on, that make one the same person.

"There is a question whether you need the same brain (even with different molecules) continuing to exist together with causal connections," Tooley says, "or whether it's only the causal connections that matter."

If the same brain is not needed, then theoretically you could take the information from my brain — my "self" — and insert it into another brain, even an artificial, nonbiological brain. Would that 'self' still be 'my self'"?

"You need continuity across causal connections," Tooley responds. "But you may also need more. You may need something like continued existence of the brain in order to have identity, rather than [having] merely a replica." [The Singularity, Virtual Immortality and the Trouble with Consciousness]

To Strawson, the concept of self is tied to people's experiences of time, and how individuals view themselves in the past and future, he says.

"Many people, when they look back, think, 'That's me back there', whether five, 10, 15 years ago. And similarly, in viewing the future, though more vaguely, [they feel the same continuity]. Other people live in a completely different way: They look back six months and think, 'I don't find myself there,' and they don't think much about the future."

Strawson admits he fits into the latter category. "If I look back even a minute, I just don't feel that I'm there." He continues: "We're all human beings, and we're all born, grow up and eventually die, so we're all the same in that respect. But we have this different experience of being in time. I call the long-term people 'diachronic' and the short-term 'episodic.'"

That's why Strawson "finds it useful to use the word 'selves,' as opposed to the words 'persons' or 'human beings,'" because, he says, "while we're all persisting human beings, and in that sense persisting persons, we may be different selves at different times."

A natural way to think of the self, Strawson says, is as "a complex brain system that persists for a long time," but two people who both have selves in this sense can have very different experiences of the persistence of the self.

"One of them may say, 'I wasn't really there a year ago.' The other may say, 'I was disappointed by the presents I received at my fourth birthday party.'"

Polymath Raymond Tallis, a British philosopher and retired geriatric neurologist, links people's identities over time to a sense of "I" at any particular time. "So the deep question," he says, "is what makes us a 'first-person being' in the first instance? How can I assign my succession of experiences to this entity of self? How can I be sure that those experiences are real experiences, my experiences, not ones that have slipped into my stream of experience?"

Tallis sets requirements for the self: "a living body, psychological continuity, some kind of awareness within the body — what I've called the 'existential intuition' — and that awareness [is] sustained over time. When all these things come together — not additively but inseverably, like the two sides of a coin — then I think we have the beginning of a theory of personal identity."

What, then, is the potential for achieving "virtual immortality," the speculative project to upload your self to another brain, especially to a nonbiological brain (given hyper-advanced technology in the future or the far future)? It depends, I'm convinced, on the essence or deep cause of consciousness — for which there are diverse and divergent possibilities. [Related: The Singularity, Virtual Immortality and the Trouble with Consciousness]

Can the self survive death?

Most philosophers of mind, while stressing their disagreements, share the same opinion on the core fundamental: that whatever the self may or may not be, it is entirely dependent on the brain and thus entirely physical and entirely devoid of nonphysical pretensions.

Even so, I recognize two categories of claims that the self can transcend the brain: One claim assumes that consciousness is supernatural (cosmic consciousness, psychic phenomena and ESP, philosophical idealism, and the like); the second is based on religious doctrines. These are vast areas of pursuit, controversy and unending argument, from serious philosophical analyses to uncharted oceans of anecdotes and countless libraries of belief systems (not to mention fraud, illusion and delusion). [Teleportation, ESP & Time Travel: 10 Tales of Superpowers]

Social anthropologist Marilyn Schlitz promotes the nature and significance of people's inner experience in defining a self. "Science needs to reconcile its physicalist orientation with insights of wisdom and spiritual traditions," she says. "We have the potential of a breakthrough in understanding who we are and what we're capable of becoming — what motivates and inspires us, the qualities of our humanness. To reduce all of that to its physicality," argues Schlitz, a parapsychologist who has investigated psychic phenomena and wisdom traditions, "is to lose the potential of what it means to be fully human."

Whether one can support parapsychology as a possible window onto an expanded self "depends in part on how much exotic data you are willing to entertain," says philosopher Stephen Braude, referring to what he calls "data suggesting a persistence of personality after bodily death." If after the body is decomposed there is such evidence, he claims, then "certainly the neurophysiological view goes out the window."

Parapsychologist Charles Tart says, "You can talk about afterlife in terms of what various religions believe, but as a scientist, I prefer data. What can we actually find out?

"There are two kinds of data: One are things like near-death experiences, where people feel they got a glimpse of the afterlife — and you have no idea how accurate that [glimpse] was. The other is the work of spiritualist mediums, who claim to channel the souls of people who survive death and then tell you about what it's like — you don't know how much of this is just imagination. I don't think there's been enough work to come to a real conclusion about whether anybody actually survives death, but there's enough evidence that I wouldn't just dismiss it."

Tart adds, "We should be investigating the experiences that people impute to their 'soul,' or something like soul, not just throwing them out as impossible."

I express to Tart my skepticism that near-death experiences are windows to postmortem survival, and I suggest that such a 'soul' sounds like "the ghost in the machine." This references the slyly sardonic phrase coined by the naturalistic philosopher Gilbert Ryle to ridicule René Descartes' famous mind-body dualism.

"It certainly sounds like a ghost in a machine," Tart responds, "so let's investigate the nature of the ghost, instead of trying to exorcise it."

Physician and prolific teacher Deepak Chopra labels our sense of self as "a complete illusion" — not because, he says, the brain alone produces consciousness (which is the naturalism argument — see "Is Your 'Self' Just an Illusion"), but because the only thing that really exists is consciousness. To Chopra, "cosmic consciousness" is fundamental reality and our personal piece of this all-pervading mind-stuff, as it were, creates the illusion of being a self, he says.

"You can be wedded to the illusion as long as you wish," he says, "but there is nothing but One Consciousness. Consciousness is singular, with no plural. All else is artifact."

"When consciousness selectively identifies itself with experience, the metabolism of that is a person," Chopra claims. "You are all the experiences, all the memories that consciousness has squeezed into the volume of a body in the span of a lifetime. The only thread on which all these beads of experience are hung — what we call the self — is consciousness. Consciousness restructures itself to create an identity, to become a person, which is the only way to experience life."

That might seem satisfying. But satisfaction does not make it so.

Next in this four-part series on the self: Does Your 'Self' Have a Soul?

Kuhn is co-editor, with John Leslie, of "The Mystery of Existence: Why Is There Anything at All?" (Wiley-Blackwell, 2013). Read more of Kuhn's essays on Kuhn's Space.com Expert Voices landing page.