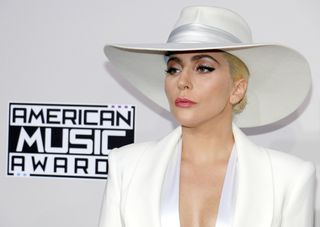 Lady Gaga recently revealed on the "Today" show that she has post-traumatic stress disorder.

"I told the kids today that I suffer from a mental illness. I suffer from PTSD. I've never told anyone that before," Lady Gaga told "Today" on Dec. 5, after visiting a shelter for homeless LGBT youth in Harlem, in New York City.

Between 7 and 8 percent of people in the United States will have PSTD at some point in their lives, according to the National Center for PSTD.

And the rate is higher among women than men: About 10 percent of women will develop the disorder at some point in their lives, compared with about 4 percent of men.

Here are five misconceptions about PTSD.

People think that someone needs to experience a really huge catastrophic or personal event in order for PTSD to develop, said Thomas Babayan, a licensed marriage and family therapist at the University of California, Los Angeles’ Nathanson Family Resilience Center.

But although catastrophic events such as 9/11 or being in a war zone are indeed associated with PTSD, an event that leads to PTSD doesn't have to be big.

Rather, "it's less about the actual level of threat and more about one's perception [of threat] or what his or her internal experience is" during an event that can lead to PSTD, Babayan told Live Science.

Indeed, PTSD can happen in many different environments and can happen to children as well as adults, Babayan added.

Myth: PTSD is no different from the fear someone feels after a scary event

It's common to feel shook up after a scary event, but when mental health experts talk about PTSD, they're talking about people who have developed symptoms from four specific "symptom clusters" after a traumatic event, Babayan said.

One cluster involves avoidance behavior, which can mean avoiding particular events as well as emotional numbness. Another cluster involves changes in mood, such as feeling depressed. The third is a state of hyperarousal, or being very alert or attentive. The last cluster involves having "intrusive" thoughts and memories, which pop into a person's mind and become difficult to dismiss, according to the psychiatry handbook the DSM-V.

In addition, these symptoms need to last longer than a month for someone to be diagnosed with PTSD, Babayan said. When symptoms last less than one month, a person is experiencing "acute stress," which is more temporary condition, he said.

Myth: In people with PTSD, flashbacks are big, dramatic events

Yes, flashbacks are a symptom of PTSD, but they're not as dramatic as they seem on TV.

Flashbacks are one aspect of the PTSD symptom cluster called intrusive thoughts and memories, Babayan said.

But a flashback doesn't have to be a big, dramatic event that makes a person actually feel as though they're back in a combat zone or witnessing or experiencing something awful, Babayan said. Often, people simply get taken away from the present moment and lose their connection with the people they are with, he said. Also, the person with PTSD may have a physiological reaction attached to this experience, such as an increased heart rate.

Still, flashbacks with subtle symptoms can have an impact on a person's life, Babayan noted. For example, if a parent drifts away from the present moment while taking care of his or her children, it could be dangerous.

Myth: People with PTSD are violent

This is another misconception that's been popularized in TV shows and movies. However, it's "not the case at all" that everyone with PTSD is violent and out of control, Babayan said. [Top 10 Stigmatized Health Disorders]

"Many people suffer very quietly with PTSD," Babayan said. Some people tend to experience avoidance symptoms and emotional numbing, and they may experience less of the arousal that may create more aggressive behaviors.

Everyone with PTSD has his or her own case, he said.

Myth: PSTD will just go away on its own

Sometimes people take a "just power through it" approach to mental health disorders, and PTSD is no exception, Babayan said.  But left untreated, PSTD can last for a long time, he said.