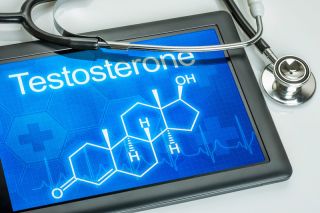 Men who use prescription testosterone may face an increased risk of blood clots in the first six months of using the hormone, a new study from the United Kingdom finds.

The results showed that the men using testosterone had a 63 percent higher risk of blood clots in the first six months of therapy than the men who had never used testosterone. But after six months, this increase in risk disappeared, the researchers found.

Although some previous studies have suggested that testosterone treatments increase the risk of "venous thromboembolism," or blood clots, other studies have failed to find a link. The reason for the discrepancy could be that the previous studies didn't look at the timing and duration of testosterone therapy, the new study's researchers said. [5 Myths About the Male Body]

"Our study suggests a transient increase in the risk of venous thromboembolism that peaks during the first three to six months and declines gradually thereafter," the researchers wrote in the Nov. 30 issue of the journal The BMJ. "Overlooking the timing and duration of testosterone use in previous studies could have masked the association" between testosterone use and blood clots, they said.

In 2014, the U.S. Food and Drug Administration and its Canadian equivalent, Health Canada, started requiring testosterone products to carry warnings about the risk of blood clots. The new findings provide support for these warnings, but also show that the increased risk of blood clots is temporary, the researchers said. Earlier this year, the FDA announced that prescription testosterone will also carry a warning about the risk of seriousside effects linked with the abuse of testosterone, such as heart attacks, strokes and depression.

The researchers noted that the absolute risk of a blood clot in the men in the study who were using testosterone was still relatively small: There were about 10 extra cases of blood clots per 10,000 men per year linked to testosterone. In the general male U.K. population, there are normally about 16 cases per 10,000 people per year.

In addition, the study found only an association, not a cause-and-effect relationship, between testosterone use and an increased risk of blood clots; it does not prove that the testosterone causes blood clots. Future research is needed to confirm the findings, the researchers said.