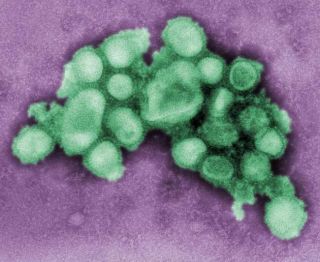 Scientists at the Kaohsiung Medial University in Taiwan have discovered that the roots of a plant used in 1918 to fight the Spanish influenza pandemic produces natural antiviral compounds that kill the swine flu virus, H1N1.

Ferula asafetida is commonly known as Dung of the Devil because of its foul-smelling sap and grows primarily in Iran, Afghanistan and mainland China. In their tests of a group of chemical compounds contained in extracts from the plant, scientists Fang-Rong Chang and Yang-Chan Wu discovered that some of them where more potent in killing the H1N1 virus than a prescription antiviral drug.

The plant has a long history in Chinese folk medicine and is in a genus of plants that contain more than 230 natural healing compounds, the researchers said. They were aware that the root of the plant was used as an important remedy for the 1918 flu, so they wanted to see if the root contained an organic compound that was indeed an anti-viral. Using plants they purchased from a Chinese herb shop in Taipei, they discovered several strong anti-viral compounds that killed the H1N1 virus.

In an article published in the American Chemical Society's Journal of Natural Products, the researchers said the compounds "may serve as promising lead components for new drug development" against this type of flu.