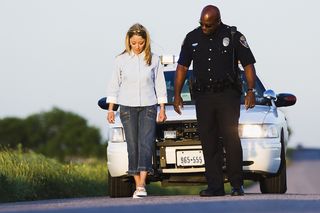 Smoking pot may impair your coordination and other motor skills, even when you're not high, a new review of studies finds.

In the review, researchers found that people who used marijuana had differences in brain areas called the corticostriatal networks compared with people who didn't use the drug. These areas are connected to motor learning and control, and can affect people's reaction time, memory, and the ability to switch between tasks, according to studies included in the review.

The researchers' review of literature included 14 studies published between 1992 and 2015 that looked specifically at motor function in cannabis users, along with numerous other studies that examined cannabis use in connection to cognitive function. [11 Odd Facts About Marijuana]

"While we found many inconsistent results between studies, the general consensus supports [the idea that there are] cognitive and motor impairments associated with cannabis use," said Shikha Prashad, lead author of the review and a postdoctoral research scientist at the University of Texas at Dallas.

For example, one study, published in the journal Pharmacology Biochemistry and Behaviorin 2002, looked at marijuana users who had smoked pot at least seven times per week over the prior two years, and compared them with people who did not use marijuana. The study showed that frequent marijuana users had poorer memory than nonusers. Moreover, on PET (positron emission tomography) scans — which use a radioactive tracer injected into the blood to measure activity in the brain — these marijuana users had reduced activity in areas of the cerebellum, an area of the brain that is linked with motor control, coordination and balance, compared with nonusers.

Another study, published in the journal Neuropsychopharmacologyin 2009, looked at people who used cannabis five to seven times a week for at least the prior two years. The study found that these marijuana users made around the same number of mistakes as non-marijuana users on a task where they had to press a button every time a word appeared on screen, unless the word was a) the same word on the previous slide, or b) if the word and font did not match. However, the marijuana users were significantly less aware than the non-marijuana users of any errors made.

In short, when the researchers put all of the findings together, the evidence showed that marijuana "may change the way brain regions process information and communication," in a way that affects people's motor control, Prashad told Live Science. "These changes may be the basis of potential impairments in the processing of cognitive and motor information," Prashad explained, "thus affecting the ability to learn new motor skills."

The researchers noted that, surprisingly, some studies have found fewer motor impairments in people who use marijuana regularly than in those who use the drug only sporadically. Prashad said that this may be because chronic use of the drug leads to better tolerance of it, or because other brain regions begin to compensate for marijuana's effects on motor skills, though more research is required to pinpoint these causes. [7 Ways Marijuana May Affect the Brain]

However, the review revealed that there is a large gap in research on how marijuana may affect people's ability to learn new motor skills, the researchers said. Most research so far has focused on the drug's effects on people's motor performance in skills they already know how to do. "These changes [in motor performance] may be the basis of potential impairments in the processing of cognitive and motor information," Prashad said. Future research should look at this, she said.

The review noted that many of the studies had small sample sizes, as well as  a wide variation in participants' use of the drug, sometimes combining heavy or frequent users of the drug with light or infrequent users. In addition, some studies included participants who may have been using multiple drugs or alcohol, which makes it difficult to link the cause of specific impairments to cannabis alone, the researchers said.

Future research may shed more light on the connection between marijuana use and motor learning. For example, Prashad suggested, some studies could focus on motor sequence learning — the learning of different steps of a new motor action, such as walking.

"The motor-learning field is rich with [ideas] that can be applied to study the effects of cannabis use on cognitive and motor processes," Prashad said,  adding that the implications of impairments are crucial to public health and safety.