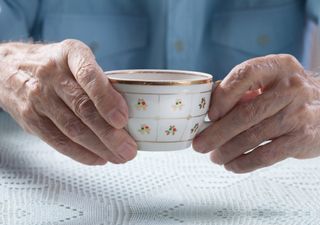 NEW YORK — Coffee has been linked to a slew of health benefits, and now, a new study suggests that it may improve reaction time in older adults.

In the study, presented today (April 5) here at the Cognitive Neuroscience Society's annual meeting, researchers set out to examine the effects of caffeine on a number of cognitive abilities in healthy, older adults.

Ultimately, their goal is to see what role caffeine may play in treating dementia, said Kanchan Sharma, a neurology researcher at the University of Bristol in England and the lead researcher on the new study. [10 Interesting Facts About Caffeine]

Currently, some treatments for dementia work by boosting attention, Sharma told Live Science. Caffeine is also thought to boost attention, but interestingly, this hasn't been proven in research, he said.

To study the effects of caffeine on attention, Sharma and his colleagues tested 38 healthy adults who ranged in age from 55 to 91, Sharma said.

Drinking caffeine had no effect, however, on the participants' motor speed, or how quickly they could press a button when prompted.

Sharma noted that the improvements the researchers observed in the study were small. However, in people with cognitive impairment, caffeine could have a much greater effect because their baseline would be lower, Sharma said. In future studies, Sharma plans to look at the effects of caffeine on people who have cognitive impairments, such as dementia, he said.