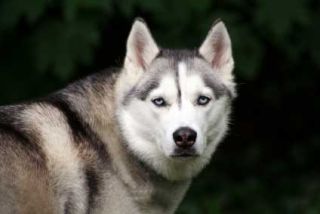 Wolves and dogs diverged from a common ancestor at least 15,000 years ago.
(Image: © stock.xpert)

Wolves do better on some tests of logic than dogs, a new study found, revealing differences between the animals that scientists suspect result from dogs' domestication.

In experiments, dogs followed human cues to perform certain tasks despite evidence they could see suggesting a different strategy would be smarter, while wolves made the more logical choice based on their observations.

In fact, dogs' responses were similar to human infants, who also prioritize following the example of adult humans.

During the tests, a researcher would repeatedly place an object in Box A and allow the subjects to find it. When the experimenter then switched and put the object in Box B, human babies and dogs were confused and continued to search for it in the first box. Wolves, however, easily followed the evidence of their eyes and located the object in Box B.

The finding could help scientists learn more about the evolution of social behavior, not just in dogs but in humans as well.

"I wouldn't say one species is smarter," said Adam Miklosi of Eötvös University in Hungary, co-author of a paper describing the results in the Sept. 4 issue of the journal Science. "If you assume an animal has to survive without human presence, then wolves are smarter. But if you are thinking that dogs have to survive in a human environment where it's very important to follow the communications of humans, then in this aspect, dogs are smarter."

The researchers think the differences between the dog and wolf subjects — both of which had been raised in human captivity in these experiments — arises from genetic traits that have been bred into dogs over 10,000 years of domestication by humans. Wolves and dogs diverged from a common ancestor at least 15,000 years ago, scientists think.

"This finding provides strong support for the domestication hypothesis, by again showing striking dog- wolf differences, and striking dog-human convergences — in this case, in a task with which most dogs have no previous experience," Michael Tomasello and Juliane Kaminski, scientists from the Max Planck Institute for Evolutionary Anthropology in Germany who did not work on the new study, wrote in an accompanying essay in the same issue of Science.

Other experiments have noted that dogs are more attentive to the human voice and subtle vocal changes than wolves — another trait that likely results from domestication.

In some ways, domesticated animals resemble human infants because both learn primarily by following and listening to adult humans, rather than judging all new situations for themselves.

"When babies are young they are exposed to a relatively complex environment which is full of very complicated situations," Miklosi told LiveScience. "Children are programmed to learn from the adult humans, especially when they can’t understand the logic behind the situation — like learning a language. What they have to do is go along with what adults are saying."

Children are programmed to learn from their elders when it comes to crossing the street and other dangerous situations in which following their own curiosity and instincts are not the best learning mechanisms.

It is similar for domesticated dogs, which are bred to be able to follow human cues when it comes to situations like not eating food off the table, rather than following their own instincts to go for the chicken. This ability makes dogs easier to train — a key requirement for a domesticated species.

Even though the wolves used in the experiment were raised in captivity, their parents or their parents' parents were wild, so the test wolves are not domesticated creatures with traits hard-wired into their genes over thousands of generations.

The point of the research is not just to learn about the domestication of dogs, but to use dogs and wolves as a test case for studying how social behavior can evolve, and especially how it may have evolved in humans.

"We see dog behavior and human behavior as a convergence," Miklosi said. "Dogs became similar to humans because they had to live in a human social environment. This will tell us quite a lot about human social evolution."

Interestingly, dogs and babies did react differently to one aspect of the experiment: When the human researcher was replaced by a new person, dogs forgot their lesson about Box A and followed their eyes instead. Infants, however, responded the same with multiple human teachers, continuing to trust the human over the visual evidence.

The researchers suggest that babies are programmed to take instruction equally from all adults and integrate it with their general understanding of the larger world.

"Children have the attitude that if they learn something from one human, they assume that all others in the group behave the same," Miklosi said. "It appears that dogs do not have this attitude."

For dogs, it seems the relationship with the individual human is important, and teachings don't easily generalize to all situations.