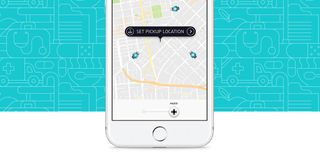 Uber is lending its wheels to help people prepare for flu season today (Oct. 25) — for free.

Users can send a request through the "Health" option in the Uber app, between the hours of 11 a.m. and 3 p.m. local time and a registered nurse will bring and administer a shot of the Fluzone vaccine for up to five people aged four and up, according to a statement released by Uber. The service will be offered in 15 cities, including Chicago, Boston and Washington, D.C. [Read More: Flu Shot Facts & Side Effects]

This is the third year in which Uber has offered their app and drivers during flu season to make vaccinations more accessible, particularly to people who may not be able to travel to locations where vaccines are available. Flu vaccines have been found to greatly reduce the risk of infection among the overall population — by about 50 to 60 percent, according to the Centers for Disease Control and Prevention.