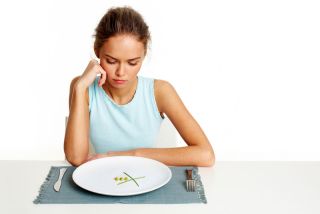 A new weight loss therapy that involves, in part, teaching people how to accept feelings of discomfort may help patients shed more pounds than standard therapies, a new study finds.

The therapy, called Acceptance-Based Behavioral Treatment (ABT), teaches people skills to help them better adhere to their diet and exercise goals. These skills involving learning to accept the uncomfortable feelings and unpleasurable situations that inevitably arise when trying to lose weight, such as urges to eat, feelings of fatigue, and having to go for a jog instead of sitting on the couch watching TV.

The new treatment also teaches people how to identify and commit to the "big picture" life goals behind their reasons for losing weight, such as wanting to be an active grandparent or live a long life. Finally, participants received training in mindfulness, which aimed to make them more aware of their moment-by-moment thoughts and choices, in order to reduce behaviors such as mindless eating.

The ABT treatment helped participants lose more weight, and keep it off for longer, compared to a standard obesity treatment that focused mainly on diet and exercise. [How to Start an Exercise Routine and Stick to It]

Standard obesity treatments "emphasize the importance of decreased caloric intake and increased physical activity, [and] can help individuals lose weight for a period of time, but the strategies taught in such a program are difficult to maintain long-term,” Evan Forman, a clinical psychologist and professor at Drexel University in Philadelphia, said in a statement. In contrast, ABT "teaches highly specialized self-regulation skills so individuals trying to lose weight can continue making healthful choices long after the program ends," Forman said.

In the study, nearly 200 obese or overweight people were randomly assigned to two groups. The first group received a standard behavioral treatment for obesity, which involved training in nutrition and exercise, as well as other traditional weight loss strategies, such as how to monitor calorie intake and remove foods from work or home that could cause problematic eating. The second group received most of the same training as the standard group, but they also received training in ABT.

After one year, participants in the ABT group lost 13.3 percent of their initial body weight, compared to 9.8 percent in the standard group.

The components of ABT that seemed to contribute most to its superior outcome were the ability of participants in the ABT group to better tolerate their food cravings, and to motivate themselves, the study found.

ABT is based mainly on a type of talk therapy called Acceptance and Commitment Therapy (ACT). Previous studies found that ACT could boost physical activity levels and improve fitness in those who previously didn't exercise at all. However, ABT also incorporates skills from other talk therapy and behavior programs, including programs aimed at preventing relapse in people addicted to drugs.

The weight loss seen in the new study in the ABT group "is among the largest ever reported in the behavioral treatment literature, in the absence of using an aggressive diet or weight loss medication," Thomas Wadden, of the University of Pennsylvania, and Dr. Robert Berkowitz, of the Children’s Hospital of Philadelphia, wrote in a commentary about the study.

However, although these results are exciting, future studies conducted by different groups of researchers are needed before ABT "can be considered a reliable means of increasing weight loss," Wadden and Berkowitz said. Studies should also follow participants for longer periods to determine whether the weight loss is maintained for more than a year, without needing additional treatments, they said.

The study and commentary are published in the October issue of the journal Obesity.