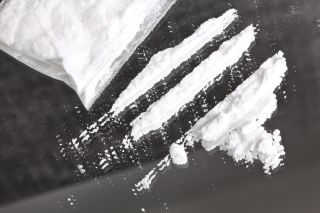 More than 40 people in a Canadian city were treated for an opioid overdose this summer after they smoked crack cocaine that had been contaminated with an opioid drug related to fentanyl, according to a new report.

In mid-July, a hospital in the city of Surrey, British Columbia, experienced a large spike in patients needing treatment for an opioid overdose — about 11 patients per day needed treatment, up from the usual four patients per day. This lasted for four days, resulting in a total of 43 patients treated for opioid overdose between July 15 and July 18, according to the report, from the Centers for Disease Control and Prevention.

Most of the patients had become unconscious after smoking what they thought was crack cocaine, the report said. [Understanding the 10 Most Destructive Human Behaviors]

An investigation revealed that these overdose deaths likely resulted from a batch of crack cocaine that was contaminated with furanyl-fentanyl, a drug with a similar structure to the opioid fentanyl.

"This is the first reported cluster of overdose events caused by crack cocaine contaminated with furanyl-fentanyl in North America," the report said.

Because of these reports, health care providers, first responders and people who use illegal drugs "should be alert for symptoms of opioid overdose even when the drug consumed is reported to be a nonopioid, such as crack cocaine," the report said.

Fentanyl is a synthetic opioid painkiller that is up to 100 times more potent than morphine, according to the National Institute on Drug Abuse. Symptoms of opioid overdose include confusion, breathing problems, extreme sleepiness or loss of alertness and small pupils, according to the National Institutes of Health. Recently, there has been an increase in overdose deaths from fentanyl in some U.S. states, as well as in British Columbia.

Among the 43 opioid overdose cases in Surrey, 37 of the people received treatment with naloxone (which can reverse the effects of opioids) before arriving at the emergency department. Most patients (81 percent) were discharged from the ER within a few hours, but six were admitted to the hospital, and one later died, the report said.

Distribution of overdose-reversal kits that contain naloxone, along with efforts to train community organizations and people at high risk of overdose on how to use these kits "could help mitigate the impact of opioid overdoses," the report said.