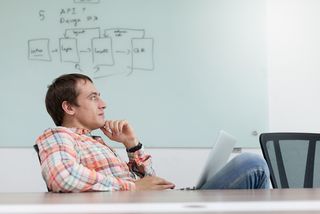 Looking for something to read to take the edge off a dull day? Welcome to boredom.

It's something all people have experienced but probably don't know all that much about: That restless, empty feeling of being bored is commonly experienced, but scientifically, little understood. [Full story: The Science of Boredom]

However, some studies are beginning to shed light on the ingredients of boredom and may even hint at ways to fight it. Here are some surprising boredom facts that may just pull you out of your stupor.

Boredom is not apathy.

Although the two terms are often used synonymously, being bored is not the same as being apathetic. "I think, a lot of times, when people think about boredom, they think about an apathetic couch potato, but that's not what we're talking about here," said James Danckert, professor of cognitive neuroscience at the University of Waterloo in Ontario. "It's aggressively dissatisfying in the sense that you have a high level of motivation to be engaged but nothing that you do seems to satisfy that need."

Self-control is a major player in how bored people feel.

Danckert has studied boredom in young adults and people with traumatic brain injury (TBI) and has found that people who report feeling more boredom are more likely to have injured or underdeveloped frontal cortexes. This part of the brain plays a crucial role in self-control and self-regulation.

A 2010 study from University College London looked at questionnaires of 7,524 civil servants in London. The people filled out the survey from 1985 to 1988 and were 35 to 55 years old at the time. A follow-up in April of 2009 found that participants who, 30 years earlier, had reported feeling bored "a great deal" during the four weeks preceding the first survey were 37 percent more likely to have died by 2009 than those who said they were not bored at all on the initial questionnaire. But the authors stressed that boredom is probably linked to higher mortality rates through other problems, such as poor health or depression. [7 Signs of Depression in Young Adults]

Boredom can be agitating or draining.

Many people feel restless when they're bored, prodded by an intense desire to change course. But boredom also comes in the mind-numbing, soporific variety, like what some people feel during an unengaging lecture, said Taylor Acee, assistant professor of developmental education at Texas State University, San Marcos. It's also possible that people may bounce between both of those seemingly conflicting states in a single bout of boredom, he said.

When the going gets tough, people get bored.

Many people have heard the warning that smart kids who aren't challenged enough can become bored and can misbehave. But research suggests that students who feel too challenged in school could also wind up feeling bored. In a 2012 study by Acee, researchers gave a group of over 150 students easy and difficult puzzles, and then analyzed the students' boredom levels. Results showed that the easy task led to more self-focused boredom (ennui), whereas the hard task led to more task-focused boredom (feeling that "this is tedious").

In a 2013 paper, Danckert and several colleagues suggested that boredom might interfere with common depression treatment in people who have had a traumatic brain injury. In the paper, the researchers wrote that behavioral activation therapy, which encourages patients to engage in activities that would promote pleasure, may not work as well in patients prone to boredom, because these patients are already motivated to engage in activities. Instead of addressing a lack of motivation, a therapeutic approach that focuses on learning how to enjoy activities could be more appropriate in an often-bored individual with depression, the researchers said.

Technology's relationship with boredom is unclear.

People love to argue about the merits and pitfalls of today's high-tech world, but there's no way to scientifically tell how boredom has been affected by the internet. "There's no easy access to a control group," Danckert said. "I can't go back to 1950 and see if people are more bored because they don't have iPhones … but I suspect we're pretty much the same." He posited that it's possible that, even if what people do with their tech is often unfulfilling, it may at least put some dent in boredom through being something that grabs the attention.

This has yet to be tested in a study, but both Danckert and Acee suggested that reflecting on boring tasks might help make them less tedious. For example, a factory worker whose job is to put together the same doohickey on a conveyor belt for hours on end may become more stimulated once he or she considers who that doohickey helps, or why he or she took the job in the first place. Meditation or mindfulness training may help a person dive deeper into the meaning of a task that on the surface seems dull, the researchers said.