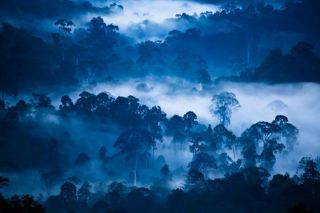 Wilderness areas around the world have experienced catastrophic declines over the last two decades, with one-tenth of global wilderness lost since the 1990s, according to a new study.

Since 1993, researchers found that a cumulative wilderness area twice the size of Alaska and half the size of the Amazon has been stripped and destroyed.

The shrinking wilderness is due, in part, to human activity such as mining, logging, agriculture, and oil and gas exploration. The researchers said theirfindings underscore the need for international policies to recognize the value of wilderness and to protect wilderness areas from the threats they face. [In Images: One-of-a-Kind Places On Earth]

"Globally important wilderness areas — despite being strongholds for endangered biodiversity, for buffering and regulating local climates, and for supporting many of the world's most politically and economically marginalized communities — are completely ignored in environmental policy," study lead author James Watson, an associate professor in the School of Geography Planning and Environmental Management at the University of Queensland, in Australia, said in a statement.

"Without any policies to protect these areas, they are falling victim to widespread development. We probably have one to two decades to turn this around," said Watson, who is also director of the Science and Research Initiative at the Wildlife Conservation Society.

The researchers determined that only 11.6 million square miles (30.1 million square km) of wilderness is left, which equates to just 20 percent of the Earth's total land mass.

"The amount of wilderness loss in just two decades is staggering," study co-author Oscar Venter, an associate professor of ecosystem science and management at the University of Northern British Columbia, said in the statement. "We need to recognize that wilderness areas, which we've foolishly considered to be de-facto protected due to their remoteness, is actually being dramatically lost around the world."

The researchers defined wilderness as "biologically and ecologically intact landscapes that are mostly free of human disturbance." In their new study, the scientists mapped these areas around the world to assess how their ecosystems have changed over the years. The researchers noted that wilderness areas do not exclude people, but rather have lower levels of human impact that results in biophysical disturbance to natural habitats.

Once wilderness is gone, it cannot be restored because the ecological processes that underpin the ecosystems are destroyed, the researchers said. The only option, they said, is to proactively protect what is left.

"If we don't act soon, there will only be tiny remnants of wilderness around the planet, and this is a disaster for conservation, for climate change, and for some of the most vulnerable human communities on the planet," Watson said. "We have a duty to act for our children and their children."

The study was published online Thursday (Sept. 8) in the journal Current Biology.