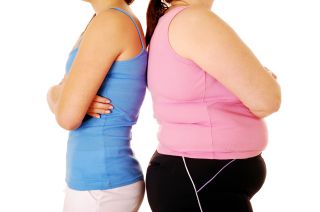 The obesity rate among U.S. women continues to tick upward, with the latest study showing that about 40 percent of American women are obese.

However, the obesity rate in U.S. men has stayed about the same over the past decade, the study found.

In the study, researchers gathered new data on U.S. obesity rates from a national survey conducted during 2013-2014, and also looked at changes in obesity rates over the previous nine-year period. Obesity was defined as having a body mass index (BMI) of 30 or more.

The exact reasons for the new increase in obesity among women are not known, and it's not clear whether U.S. obesity trends will "accelerate, stop or slow," the researchers, from the Centers for Disease Control and Prevention's National Center for Health Statistics, wrote in their report, published today (June 7) in the journal JAMA.

Dr. Vincent Pera, director of weight management at The Miriam Hospital in Providence, Rhode Island, who was not involved in the study, said it is concerning "when any segment of the population is showing an increase" in obesity.

However, researchers need more information to figure out why obesity rates are increasing in women, Pera said. A number of factors can affect whether people gain or lose weight — including behavioral and socioeconomic reasons — and so now, more studies are needed to determine which factors are impacting female obesity rates, he said.

Dr. Jody Zylke, deputy editor of JAMA, and Dr. Howard Bauchner, editor-in-chief of JAMA, wrote in an accompanying editorial that "the news is neither good nor surprising," referring to the new study and another report, also published today, that found an increase in obesity rates among U.S. teens. Despite efforts to turn the obesity epidemic around, the new findings "certainly do not suggest much success" in these efforts, they said.

Future obesity-prevention efforts may need to focus more on involving the food and restaurant industries, which are "in part responsible for putting food on dinner tables," the editorial said.

"The food and restaurant industries may be the sector of society with the greatest potential to affect the obesity epidemic in a reasonable time frame …These industries have been good at developing and successfully marketing unhealthy foods; perhaps it will be possible for them to develop and market healthy foods," the editorial said.