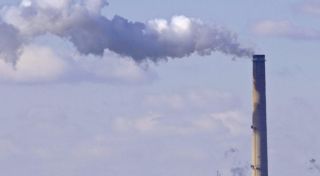 The newly identified sources of toxic sulfur dioxide (SO2) emissions include coal-burning power plants; smelters; and oil and gas operations in the Middle East, Mexico and parts of Russia, according to the new study. These previously unreported sources were found in an analysis of data from NASA's Aura satellite from 2005 to 2014.

A known health hazard and contributor to acid rain, sulfur dioxide (SO2) emissions are closely monitored. Before this satellite-based analysis, SO2 monitoring methods had relied on known locations of pollution sources and subsequent use of emissions inventories from ground-based measurements. [In Photos: World's Most Polluted Places]

"We now have an independent measurement of these emission sources that does not rely on what was known or thought known," Chris McLinden, lead author of the study, said in a statement. "When you look at a satellite picture of sulfur dioxide, you end up with it appearing as hotspots — bull's-eyes, in effect — which makes the estimates of emissions easier."

These SO2 hotspots account for about 12 percent of all human-made SO2 emissions, said McLinden, an atmospheric scientist with Environment and Climate Change Canada. Environment Canada worked with NASA and two universities — University of Maryland, College Park, and Dalhousie University in Halifax, Nova Scotia — on the study, published online May 30 in the journal Nature Geoscience.

In addition to the new sources, the satellite found emissions from known sources to be two to three times higher than had been reported.

Also identified in the research was a natural source of SO2: 75 nonerupting volcanoes that slowly leak the gas. Though not unknown, many volcanoes are remote and unmonitored, the researchers said. [Nobody Saw This Volcano Erupt … Except NASA's Satellites]

"The unique advantage of satellite data is spatial coverage," said Bryan Duncan, an atmospheric scientist at NASA's Goddard Space Flight Center in Greenbelt, Maryland. "This paper is the perfect demonstration of how new and improved satellite data sets, coupled with new and improved data analysis techniques, allow us to identify even smaller pollutant sources and to quantify these emissions over the globe."

This new information on SO2 will allow agencies to better evaluate regulatory policies on air quality and help predict future emissions, the researchers said.